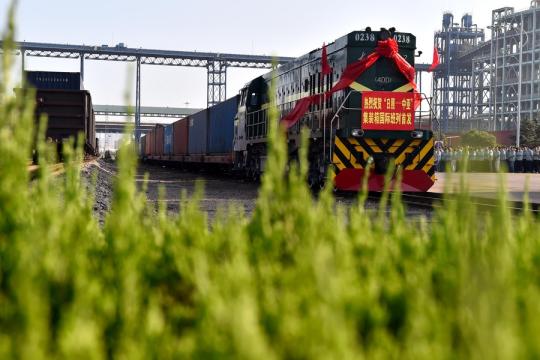 President Xi Jinping is set to chair a virtual summit on Tuesday to commemorate the 30th anniversary of the establishment of diplomatic ties between China and five Central Asian countries－a move that shows China's commitment to strengthening trade, investment and security cooperation for regional prosperity and stability, analysts said.

As the first heads of state meeting between China and the Central Asian countries, the summit is crucial because the leaders will take stock of achievements and experiences in developing relations, and draw up blueprints for future cooperation, Foreign Ministry spokesman Zhao Lijian said at a news conference on Monday.

During the summit, the leaders are also expected to adopt and release a joint statement on the 30th anniversary of the establishment of diplomatic ties between China and the five Central Asian countries, Zhao said.

He said the development of relations between China and the five nations over the past three decades has seen ties reach a historical high.

Cooperation between China and the five countries in various fields has yielded "historic, landmark and groundbreaking" results that have set an example for building a new type of international relations and made contributions to advancing the building of a community with a shared future for mankind, Zhao said.

China will continue to intensify political mutual trust and expand all-around mutually beneficial cooperation with the Central Asian countries in order to upgrade their relations to a new stage, he added.

Over the past 30 years, China has upheld the principles of good neighborliness, equality, mutual trust and mutual benefit in developing ties with the Central Asian countries. Experts said the development of good relations between China and the five nations has delivered tangible benefits to people in the region and also made important contributions to regional peace, stability and prosperity.

The Belt and Road Initiative－proposed by President Xi when visiting Kazakhstan and Indonesia in September and October of 2013 respectively－has helped China and the Central Asian countries strengthen their relations, said Sun Xiuwen, an associate professor of international relations at Lanzhou University's Institute for Central Asian Studies in Gansu province. The initiative has also elevated all-around bilateral and multilateral cooperation to a new stage.

For the future development of ties between China and the five countries, State Councilor and Foreign Minister Wang Yi has said both sides should jointly solidify their strategic mutual trust and consistently uphold open and mutually beneficial cooperation.

In an article published in the People's Daily on Dec 30, Wang also called for the countries to jointly forge relations featuring intensified good neighborliness and friendship, more peaceful and stable situations for regional security, and strengthened international cooperation for fairness and justice.