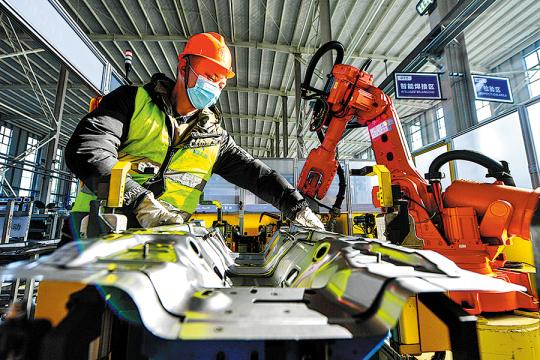 Premier Li Keqiang has pledged stronger steps to boost effective demand, ensure the security of supply and stabilize market expectations this year, saying that the nation will significantly scale up the implementation of macro policies to stabilize economic growth.

With China's economy facing new headwinds and mounting uncertainties, it is important for the government to give greater priority to stabilizing economic growth, Li said at a plenary meeting of the State Council, China's Cabinet, on Wednesday.

The meeting deliberated on a draft of the Government Work Report, which will be delivered by the premier to the annual session of the National People's Congress in March.

Li highlighted at the meeting the need to deepen reform and opening-up, step up cross-cyclical adjustment measures, effectively prevent and defuse risks, stabilize the fundamentals of the macro economy, ensure relatively full employment and maintain China's major economic indicators within a proper range.

The premier's remarks came as China's economy expanded 8.1 percent year-on-year to 114.4 trillion yuan ($18 trillion) in 2021, contributing to about 25 percent of world economic growth last year, according to the National Bureau of Statistics.

The country's per capita GDP stood at $12,551 last year, approaching the World Bank's threshold for a high-income country, according to the NBS.

However, the growth of the world's second-largest economy slowed to 4 percent in the fourth quarter of last year－a substantial deceleration from 4.9 percent in the third quarter, with many economists expecting that downward pressure will persist this year.

The premier underscored the significance of government work in the first quarter in ensuring a good start for this year, saying that stronger aid measures must be rolled out for struggling smaller firms and self-employed individuals.

He called for the issuance of targeted support policies for sectors that were hit hard by the pandemic and those that created the largest number of jobs.

The construction of major projects and programs must be accelerated to expand effective demand and create more jobs, he said.

Li stressed the need to ensure the supply and a stable price for key commodities including grain, meat, fruit and vegetables during the upcoming Spring Festival holiday, which starts on Jan 31, and guarantee that the wages of migrant workers are issued in time and in full.

Authorities at various levels must protect the living standards of disaster-hit and struggling groups and conduct across-the-board checks for work safety hazards to ensure social stability, he added.