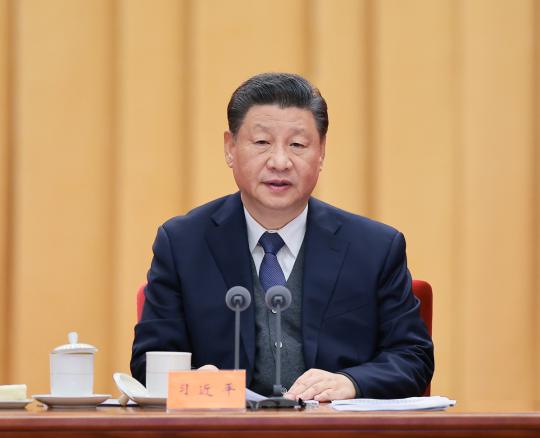 Since its early years, the century-old Communist Party of China has been seeking ways to break China's historical cycle in order to achieve long-term governance to ensure a prosperous country. Over time, practice has shown that resolute self-reform is one of the solutions.

Since the 18th National Congress of the CPC in 2012, the problem of lax and weak governance of Party organizations has been addressed at the fundamental level, and a successful path to breaking the historical cycle of rise and fall has been achieved through the Party's self-reform, Xi Jinping, general secretary of the CPC Central Committee, said on Tuesday.

He made the remarks while addressing the sixth plenary session of the Party's top discipline watchdog, the 19th Central Commission for Discipline Inspection of the CPC.

The historical cycle refers to how, every 200 or 300 years a big dynasty in imperial China would rise to a political, cultural and economic peak before moral corruption led to its downfall, leading in turn to the establishment of a new dynasty that would face the same fate.

To break the historical cycle and maintain long-term governance to ensure the country has a strong leading force has been mentioned frequently in recent months.

In November, at the sixth plenary session of the 19th Central Committee of the CPC, which adopted the Party's third historical resolution, Xi talked about a conversation dozens of years ago about this historical cycle between the late Chairman Mao Zedong and China Democratic League founder Huang Yanpei.

In July 1945, Huang was invited to visit Mao at his cave-dwelling in Yan'an, Shaanxi province. Facing Mao, who had led the then 24-year-old CPC to many victories, Huang said frankly: "A nation falls as abruptly and rapidly as it rises. … No one has the ability to jump out of the historical cycle."

Responding to Huang's concern, Mao said: "We have found a new path to break free of the cycle, which is democracy. … As long as the people can supervise the government, the government dare not slacken in its effort."

About 70 years have passed. At the meeting in November, General Secretary Xi said: "Our Party has such a long history, such a large scale, and has been in power for such a long time. How can we jump out of the historical cycle of rise and fall?"

He said Chairman Mao had offered the first answer to the question, and after a century of struggle, especially with new practices since its 18th National Congress, the Party has given a second answer: by carrying out resolute self-reform.

"Our Party has been through a century of glorious achievements and has received a lot of praise from both inside and outside the Party, as well as from home and abroad. The more we experience this, the more we must carry forward the spirit of resolute self-reform," Xi said.

In his 2022 New Year Address on Dec 31, and while speaking earlier this month to leading provincial and ministerial officials at the Party School of the CPC Central Committee, Xi again underlined the importance of carrying out this spirit.

Tao Wenzhao, deputy dean of the School of Marxism Studies of Renmin University of China, said resolute self-reform is the general requirement for Party building in the new era.

To be successful, Tao said, such reform requires full and strict governance of the CPC in every aspect, including ideological and theoretical innovation, and improvement of the Party's organizations, disciplinary procedures and institutions with a spirit of reform.

A party that has been ruling for a long time may face some particularly severe tests, such as indolence, corruption and disengagement from the masses, he said.

"If problems accumulated over a long period of time are not solved, they will eventually become incurable. Therefore, the Party must constantly carry out self-reform and self-reflection," Tao said.

Unlike Western political systems, in which a party passes the buck when it steps down, the CPC must evolve and improve itself, he said. "The CPC is able to do this because it has no interests of its own and only serves the interests of the masses."