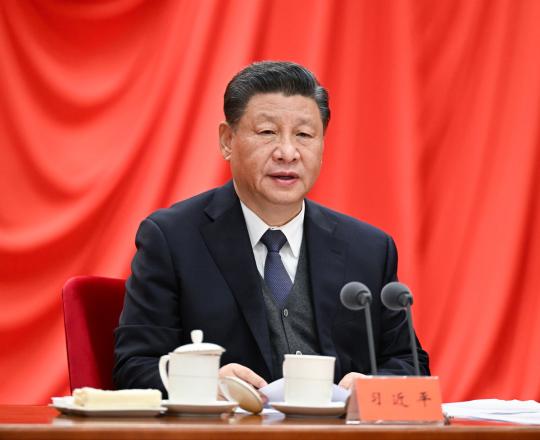 Xi Jinping, general secretary of the Communist Party of China Central Committee, called on Tuesday for unrelenting efforts in exercising full and rigorous governance over the Party, saying that the CPC will continue to show zero tolerance for corruption.

Xi, who is also Chinese president and chairman of the Central Military Commission, made the remark at the sixth plenary session of the 19th Central Commission for Discipline Inspection of the CPC, the Party's top discipline watchdog. The annual session is being held from Tuesday to Thursday in Beijing.

He warned that the confrontation between corruption and anti-corruption is still ongoing and taking on new characteristics.

The Party still faces a long and arduous task in guarding against the unwarranted influence of various interest groups, responding to hidden and increasingly sophisticated corrupt behavior, thoroughly removing opportunities for misconduct, phasing out systemic corruption and defusing risks and potential hazards, he said.