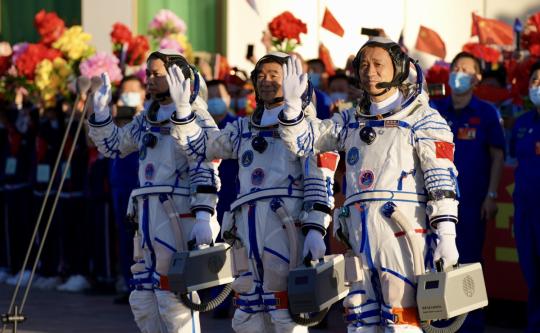 The craft docked with Tianhe just hours after reaching the module's orbit and the crew quickly entered the facility, becoming the first occupants of the Tiangong space station.

During the crew's 90-day stay, they verified plans and equipment designed for long-term spaceflight, performed a number of scientific experiments and technological tests, and made two spacewalks to use a large robotic arm and other apparatus to install and adjust equipment outside the station.

They also made video calls with President Xi Jinping and hundreds of researchers, teachers and students in Hong Kong.

The Shenzhou XII crew finished their 92-day mission in mid-September and then returned to Earth.