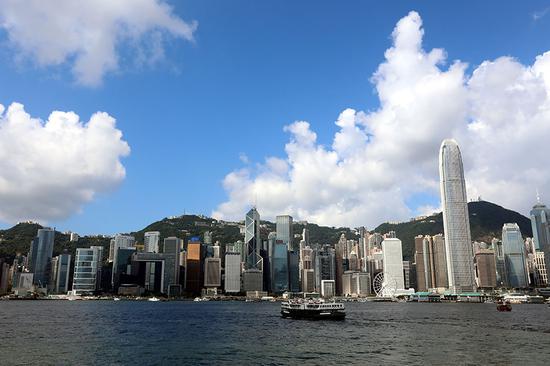 The Regional Comprehensive Economic Partnership (RECP) taking effect will strengthen the position of the Hong Kong Special Administrative Region (HKSAR) as a key hub for trade and services and promote integration in the Guangdong-Hong Kong-Macao Greater Bay Area (GBA), officials told a GBA conference on Tuesday.

Over 200 people including government officials, business leaders, and members of academia exchanged views during the GBA conference themed "Embracing New Opportunities: Connecting GBA with RCEP." The in-person component of the conference was held in Hong Kong.

"Definitely in trade matters, Hong Kong is the super-connector of the world. We are one of the largest global trade hubs for both goods and services," Leung Chun-ying, vice-chairman of the National Committee of the Chinese People's Political Consultative Conference (CPPCC), said in his keynote address at the conference co-hosted by China Daily and the Hong Kong Coalition.

"Now we have a new boost. The Regional Comprehensive Economic Partnership (RCEP) is the largest free trade agreement ever forged," Leung said in a pre-recorded video speech from Beijing, noting that the RCEP will enhance Hong Kong's status as a regional hub for professional services.

Saying that the Chinese mainland is the biggest market of professional services within RCEP, Leung pointed out that Hong Kong, as one of the world's biggest overseas providers of services, is "extremely well placed" to facilitate foreign firms in using the new access to the Chinese mainland under RCEP.

Zhou Shuchun, a member of the Standing Committee of the CPPCC National Committee, and publisher and editor-in-chief of China Daily, said RCEP is a "win-win proposition" for both developed and developing economies.

In a speech delivered via a video link from Beijing, Zhou said the enhanced inflow of investment helps developing member states to raise the standard of production and income levels and move up the value chain. Developed economies, meanwhile, can cut down on overheads by setting up manufacturing bases in the Association of Southeast Asian Nations (ASEAN) states while also catering to those markets.

Liu Guangyuan, commissioner of the Chinese foreign ministry in the HKSAR, said Hong Kong has the strong backing of the motherland, and is a key hub in the Asia-Pacific and crucial bond of the whole world.

"As the central city of the GBA and the most international city in the region, Hong Kong enjoys remarkable advantages such as a steady financial market, free flow of capital, sound legal environment and professional services. It has also signed free trade agreements with 13 RCEP economies," he said.

Eva Cheng, deputy secretary-general of the Hong Kong Coalition, said Hong Kong, as a major metropolis, has always been smart about integration.

She said the 14th Five-Year Plan mentioned integrated development with Hong Kong, which is certainly going to open another new chapter in the story of Hong Kong.

The RCEP is the world's largest free trade agreement, accounting for about 30 percent of the world's population, gross domestic product (GDP) and trade. It will enter into force on Jan 1, 2022.