U.S. urged not to interfere in S. China Sea 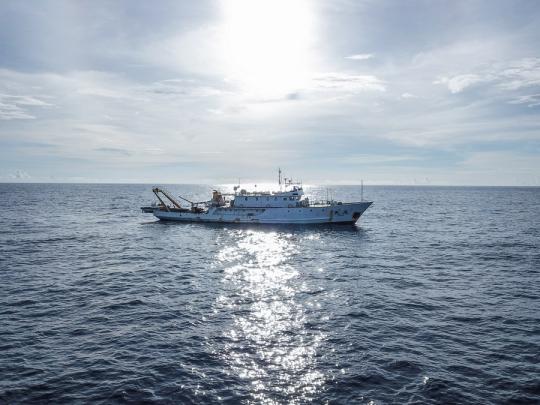 China reiterated its grave concern on Tuesday over the collision of a United States Navy submarine with an unknown object in the South China Sea, and urged Washington to release more information about the incident and stop the militarization of the area.

It has been more than three weeks since the USS Connecticut, a Seawolf-class nuclear attack submarine, had an underwater collision in the South China Sea, yet Washington has remained tight-lipped about the incident.

U.S. military website The Drive said it had confirmed that the USS Connecticut is still in port in Guam.

However, Zhao added, the U.S. military has so far only procrastinated by releasing a brief and vague statement.

"Such an irresponsible practice gives regional countries and the international community every reason to question the truth of the incident and the intention of the U.S.," he said.

"It is justified for China and other coastal states to demand the U.S. to answer the following question: What was the USS Connecticut up to in the South China Sea this time? What did it hit? Why would that happen? Was there a nuclear leak with environmental risks?"

The U.S. should give a detailed explanation in response to the concerns and doubts of the regional countries and the international community, Zhao said.

The U.S. has frequently sent a large number of military vessels and aircraft to the South China Sea to flex its muscles, which undermined freedom of navigation in the area and threatened the sovereignty and security of regional countries including China, Zhao said.

Such practices also posed serious threats to regional peace and stability, Zhao said, stressing that the South China Sea is not a hunting ground for the U.S. to pursue its geopolitical interests.

Washington is the major force in the militarization of the South China Sea, he said, urging the U.S. to correct its mistakes and play a constructive role in upholding peace and stability in the area.