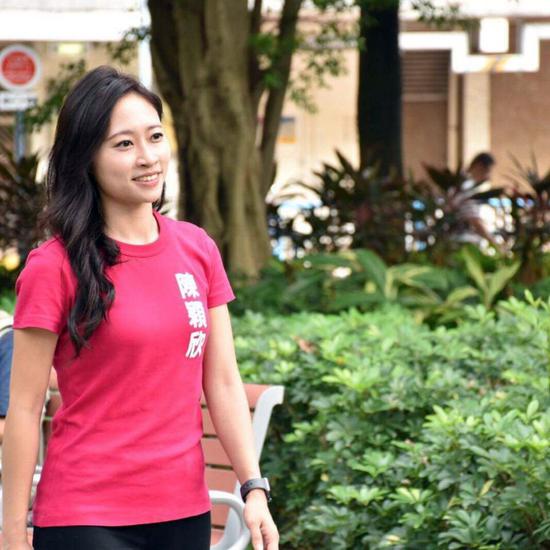 "Article 19 of the Universal Declaration of Human Rights lists out the right to freedom of speech. This basic human right was seriously damaged by 'black violence' in June 2019, but the implementation of the Law of the People's Republic of China on Safeguarding National Security in the HKSAR made the violence disappear," Joephy Chan Wing-yan said at a UN meeting recently.

Chan, as a youth representative from China's Hong Kong Special Administrative Region (HKSAR), made the remarks online at the 46th session of the United Nations (UN) Human Rights Council to tell the Western world the truth of Hong Kong.

In the speech that last one and a half minutes, she upheld justice and fought back against Western prejudice in her own way.

Speaking on the UN human rights platform, Chan opened her statement with the experience of Annie Wu Suk-ching, a Hong Kong businesswomen who, prior to Chan, spoke at the 42nd session of the UN Human Rights Council in September 2019.

At the 2019 UN meeting, Wu pointed out that radicals did not represent Hong Kong people and the escalating violence that year devastated Hong Kong as well as the livelihood of many local residents.

However, what followed Wu's speech was systematic and planned violent attacks on Wu's family business carried out by black-clad thugs, and Wu herself being vilified.

Taking Wu's story for an example, Chan in her speech highlighted the significance of the national security law in Hong Kong.

"The international media downplayed or ignored reports of violent attacks by radicals on Ms. Wu's family business. Ms. Wu stood up for us, but she was wronged," Chan explained why she had told Wu's story.

Chan added that her personal experience also made her feel obliged to tell the outside world the truth about Hong Kong in a rational way.

Chan recalled what herself suffered in 2019 when she ran for re-election as a member of the District Council of the HKSAR. During that period, she was often subjected to physical and property threats in the community, including being vilified and attacked at street counters.

"Even so, I still think we should stand up, because what we are doing is right and we should not give in," Chan said.

"The West usually discredits us, saying the national security law in Hong Kong deprives us of human rights and freedoms, but I told them that the law only targets few individuals," Chan said.

As of February this year, only a few people were arrested for violating the law, she added.

Chan said it was a great honor and a rare opportunity to speak on the UN platform, and she had received a lot of support and encouragement since.

"I feel that our country values us youth a lot and gives us many opportunities," she said: "I must do things well, hoping to show the responsibilities we younger generation takes."