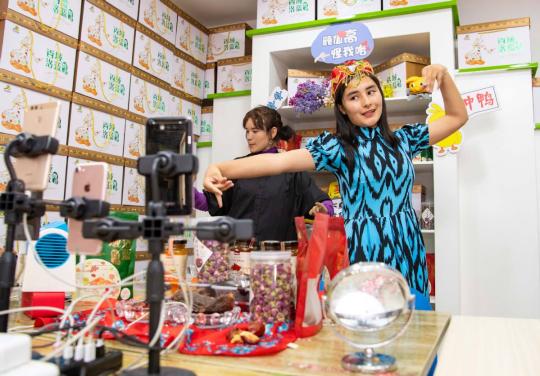 Anti-China forces in the United States and some other countries raised false claims of human rights abuses in China's Xinjiang Uygur Autonomous Region only in a bid to hinder the region's development, an Egyptian politician has said.

In a recent interview with Xinhua, Hassan Badawi, member of the political bureau of the Egyptian Communist Party, said that the United States' moves against China are "baseless fabrications."

The US administration has been promoting such lies for a long time, but failed to be fair in what has been achieved in Xinjiang, he said.

He rejected the disinformation about Xinjiang and highlighted the progress made in many fields in Xinjiang by the Chinese government over the past years.

As the per capita disposable income in Xinjiang increased by an average annual rate of 9.1 percent during the same period, Badawi said the fact signaled "the efforts exerted by the Chinese government for promoting the citizens' welfare and prosperity."

He also spoke highly of the optimized infrastructure network in Xinjiang, which connects vast regions and offers convenient public transportation to locals.

"I wondered how the Western media are spreading rumors about genocide crimes occurring in Xinjiang while its residents enjoy equal rights as the other Chinese people in free education, health insurance, holidays, wages, work safety and practice of politics," Badawi said.

After the United States and Britain recently issued a series of sanctions against Xinjiang on the ground of forced labor, Badawi suggested that China should exert more efforts via media channels in cooperation with its friends to raise awareness against the Western gigantic media machines that spread poisonous lies about the country.

"The tensions created by the West haven't impacted the relations between China and Arab and Islamic countries," Badawi stressed, noting that China cooperates with other countries on the basis of mutual respect and with the goal of improving well-being for more people.

Additionally, China's fight against terrorism could be a field of cooperation with Egypt, he said, as the latter has been suffering the same problem that left hundreds of security personnel and civilians killed during terrorist attacks on the country's institutions.

"Fighting terrorism in China will also benefit the world," he said, adding that only when the world is free from extremism can resources and funds be entirely devoted to promoting socioeconomic development.