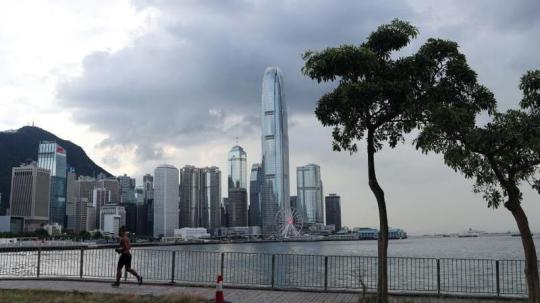 The central government and the Hong Kong Special Administrative Region government have slammed the "groundless accusations" made in the United Kingdom's latest report on the HKSAR.

Saying that the UK is the real culprit who undermined the "one country, two systems" principle, they urged British politicians "to wake up from colonial nostalgia "and stop interfering and applying double standards on China's internal affairs.

In the report released on Monday, British Secretary of State for Foreign, Commonwealth and Development Affairs Dominic Raab claimed the implementation of the National Security Law in the HKSAR had violated the SAR's "one country, two systems" principle and also its high degree of autonomy.

At a news conference in Beijing on Tuesday, Zhao Lijian, a spokesman for the Ministry of Foreign Affairs strongly condemned unfounded accusations included in the report, stressing that the UK has no right to interfere in Hong Kong affairs.

Zhao urged the British side to abandon its colonial thinking. The HKSAR belongs to China and the UK has no right or "moral duty" to exercise oversight, he said.

Earlier on Monday night, the ministry's commissioner's office in the HKSAR said the UK report's accusation of China undermining "one country, two systems" is completely misplaced.

"It is the UK that has breached its commitment, pushed forward a BNO－British Nationals (Overseas)－visa scheme, unilaterally suspended the fugitive surrender agreement with the HKSAR, chilled bilateral economic cooperation and trade, and meddled with the HKSAR's judicial and legal affairs with a threatening tone.

"It is crystal clear who is the real culprit for undercutting 'one country, two systems'," the office said.

The office noted that the UK is running counter to the trend of the times by continuing to churn out irrelevant reports and passing judgment on Hong Kong. It urged the British side to wake up from its colonial nostalgia and stop all interference in Hong Kong affairs.

She continued that the National Security Law has enabled the HKSAR to fulfill its obligation in safeguarding national security, which has exactly showed the central government's respect for the "one country, two systems" principle and the HKSAR's high degree of autonomy.

In a statement on Tuesday, the HKSAR government strongly objected to the "sweeping attacks "and "groundless accusations" contained in the UK report.

The government urged the UK to respect law-abiding Hong Kong people's aspirations for stability and prosperity and appreciate the SAR's well-positioned status to flourish under "one country, two systems "with the full support of the central government.

Rejecting the partial representation of the international community's stance made in the report about the National Security Law for Hong Kong, the SAR government took note of the fact that over 70 countries supported China's decision to enact the law at the 44th session of the United Nations Human Rights Council.