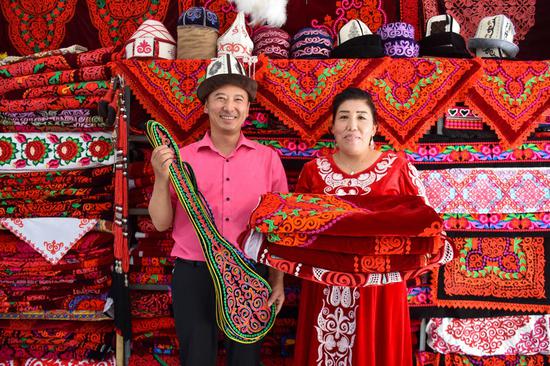 The 10 counties, including Shache County, Moyu County and Akto County, are no longer impoverished counties by official standards, the local government said in an online statement.

All the 10 counties are in southern Xinjiang, where the country's largest desert is located. Local people used to have limited access to stable income and public services due to the harsh natural environment and poor infrastructure.

The announcement was made based on a string of evaluations by the local governments and authorized third-party organizations, which found that people in the 10 counties now have stable access to education and medical care, among other things.

Chen Lei, an inspector with the regional poverty alleviation office, said the elimination of poverty in the 10 counties meant that all of Xinjiang's 32 poverty-stricken counties and more than 3.08 million registered impoverished residents have shaken off poverty.

In recent years, the regional government has been dedicated to promoting employment, education and medical services to improve people's circumstances, with over 70 percent of the fiscal budget spent on ensuring and improving people's wellbeing.

Thanks to strenuous efforts from all sides, major progress has been achieved in Xinjiang.

From 2014 to 2019, a sound economic momentum was sustained with an average annual GDP growth rate of 7.2 percent. Living standards of the local people have significantly improved with an average yearly growth of 9.1 percent in residential per capita disposable income. 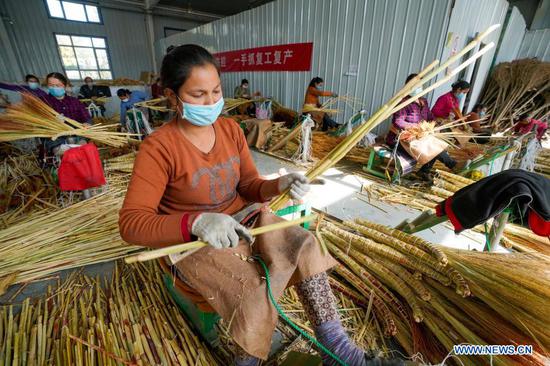 With over 25 million people of various ethnic groups, the region's anti-poverty achievement brings the country one step closer to its goal of ending poverty by the end of 2020.

Of the last 10 counties to escape from poverty in Xinjiang, five are in the Hotan Prefecture, where the oasis area suitable for human survival accounts for less than 4 percent of the land.

"Hotan will continue to develop characteristic and advantageous industries to ensure that people can have a sustained and stable source of income," Yang said. （Updated）