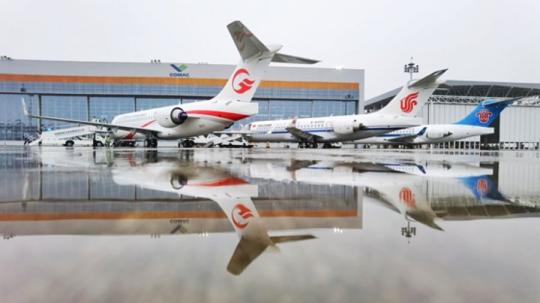 China's independently developed ARJ21 regional aircraft has been plying on a new domestic route operated by China Southern Airlines, according to its developer Commercial Aircraft Corporation of China (COMAC).

The route connects Shanghai and Jieyang, South China's Guangdong province, and it is the airline's third route in which ARJ21 is operating, said COMAC.

China Southern received its first ARJ21 aircraft on June 28, began using the aircraft on commercial flights from July 15, and gradually put it into service on Guangzhou-Jieyang and Guangzhou-Zhanjiang routes, linking three cities in Guangdong.

To date, the airline has used the aircraft to carry more than 10,000 passengers.