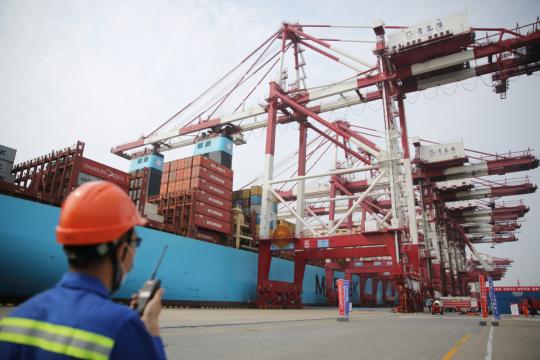 Moody's raised its growth forecast for China's 2020 GDP to 1.9 percent from 1 percent in the August update of its Global Macro Outlook.

China is the only major economic body Moody's has revised its upward for 2020 growth.

In the outlook, Moody's said financial measures in the second quarter from the Chinese government fueled robust growth in industrial production and fixed-asset investment. In addition, expenditures in infrastructure construction and realty in public sectors raised total investment. What's more, increased demand for medical supplies and related electronic products due to the COVID-19 pandemic drove exports.

The country has rolled out a slew of counter-measures for disease prevention and control, work resumption and consumption boosting, he said. The government has put great efforts in particular in serving enterprises, boosting development and maintaining employment.

According to the Economic Daily, in the first seven months of 2020, the country's actual use of foreign capital was recorded at 535.65 billion yuan ($78.13 billion), up 0.5 percent year-on-year. In July alone, the increase stood at 15.8 percent from a year earlier. Statistics from China's customs showed in July the country's foreign trade volume registered at 2.93 trillion yuan, up 6.5 percent year-on-year.

But Moody's said current recovery in consumption from Chinese households and investment in private sectors are still not strong enough, reflecting low consumer confidence. Consumption is decided by disposable incomes which are expected to improve as more people return to work.