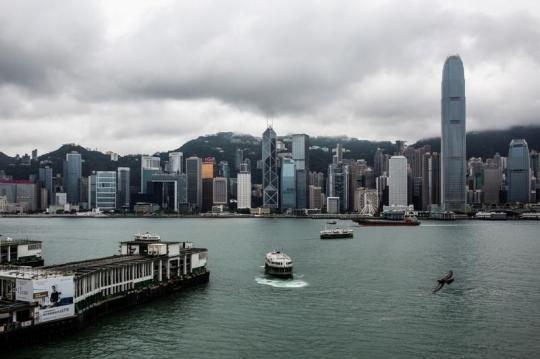 Hong Kong government officials, prominent politicians and central authorities in the city slammed the United States over its latest sanctions on the city, saying the "barbarous" and "hegemonic" move violates international law and is an attempt to contain China's rise.

The criticism came after the Trump administration announced on Friday a sanction list of 11 people, including Director of the Liaison Office of the Central People's Government in the Hong Kong Special Administrative Region Luo Huining and the city's Chief Executive Carrie Lam Cheng Yuet-ngor.

Some of the listed officials' personal information was made public by the US, including their passport and identification numbers and private addresses.

In his blog on Sunday, Chief Secretary for Administration Matthew Cheung Kin-chung condemned the US sanctions on Hong Kong and Chinese mainland officials over the city's new National Security Law as "a show of barbarism" and a blatant violation of international law and the basic principle of international relations.

Cheung emphasized that the advantages Hong Kong enjoys do not come as a gift from Western powers and the so-called sanctions will have no effect on the long-term prosperity of Hong Kong, he wrote.

Financial Secretary Paul Chan Mo-po wrote in his blog on Sunday that such actions by the US have cast a spotlight on its double standards, raising doubts about the sincerity of its stand on so-called universal values.

In a one-on-one interview with China Daily on Sunday, former Hong Kong police commissioner Tang King-shing pointed out that the US move is a way to show Washington's support for those behind the social unrest in Hong Kong last year.

"If you look a little carefully, these Hong Kong officials are the key people who were taking actions in maintaining the law and order in Hong Kong, quelling the violent protests," he said.

In a statement issued on Saturday, the Hong Kong and Macao Affairs Office of the State Council said the US move has exposed its true intention to endanger China under the pretext of so-called democracy.

A spokesperson for the Liaison Office in Hong Kong said that if the US thinks the sanctions will make Chinese people compromise and give in, it is wrong and that its act is an anachronism and a miscalculation.

The latest US sanctions came as another interference in Hong Kong affairs after the passage of the so-called "Hong Kong Autonomy Act" and exposed its intention of undermining the "one country, two systems" principle and containing China's development, the spokesperson said in a statement on Saturday.