North China about to get its turn with heavy rains 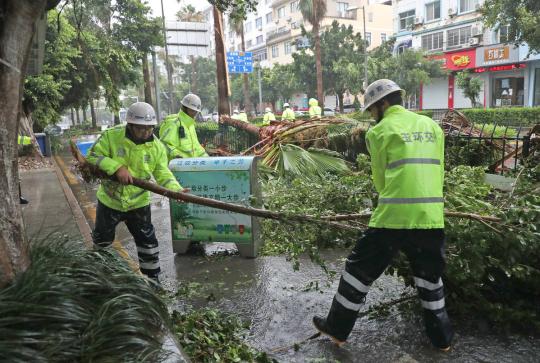 Heavy rain will turn its attention to North China this week after continuously battering the south over the past two months, according to meteorological officials.

Zhao Zhiqiang, deputy head of the disaster relief and public service department of the China Meteorological Administration, said at a news conference on Tuesday that there will be more rainfall in northern regions until Friday.

"Precipitation in areas along the Yellow and Huaihe rivers in northern and western China will be 50 to 100 percent more than that of the same period during normal years," he said, adding that some parts will experience hail and strong winds.

According to the administration, Shaanxi province may suffer from its heaviest rain since 1981.

Zhang Juan, a meteorologist with the administration, said that this bout of rain in Shaanxi, caused by a vortex that makes water vapor rise, may set records in some parts of the province.

"The long-lasting rainstorms are likely to trigger geological disasters, and local authorities should take precautionary measures," she said.

Rain moving northward will pose a flood risk to the upper and middle reaches of the Yellow and Songhua rivers.

"It is harder to guard against rainstorms for cities in the north due to their fewer experiences compared with the south," Zhao said."Proper prevention steps for short-term extreme precipitation, urban flooding, mountain torrents and mudslides should be taken."