Software upgrades for Beidou to continue 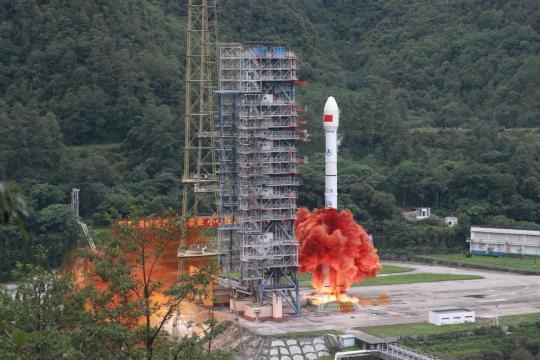 Designers of China's Beidou Navigation Satellite System will keep upgrading software on Beidou satellites to improve their capabilities and maintain technological advantages, according to a key figure in this program.

Lin Baojun, a chief designer of Beidou's third-generation satellite, said at a news conference in Beijing on Monday that once a satellite is launched, it is virtually impossible for its hardware to be modified, so designers and engineers need to optimize its operating system and inject new functions into the spacecraft on a regular basis.

"This is like what we do with our mobile phones－we download a new app to give the phone more functions," said Lin, a designer from the Chinese Academy of Sciences' Innovation Academy for Microsatellites. "With this method, our satellites will be able to receive regular improvements in orbit."

Beidou is China's largest space-based system and one of four global navigation networks, along with the United States' GPS, Russia's GLONASS and the European Union's Galileo.

On Friday, President Xi Jinping announced that Beidou had been completed and had started providing full-scale global services.

Designers developed and gave the most advanced technologies possible to Beidou satellites at the research and development stage in hopes that they would be capable of handling new tasks as long as possible, according to Lin.

Usually, a satellite will employ no more than 30 percent of such new technologies to guarantee low technical risks, but in some Beidou satellites, as much as 70 percent of their technologies were new to such spacecraft.

Innovation has also been widely applied to Beidou, Lin said, adding that the phased array inter-satellite link is a good example of researchers' creativity as they invented the technology to solve major difficulties in tracking and controlling Beidou satellites.

Xie Jun, another chief designer from the China Academy of SpaceTechnology, said that to ensure the nonstop, smooth operation of Beidou, engineers devised a number of emergency plans and put major parts through rigorous tests before mounting them on satellites. They also established a technical support team to help ground controllers monitor and analyze Beidou satellites' operational conditions, he added.

Pang Zhihao, a renowned writer about space technology, said that in-orbit upgrades and maintenance are important to satellites as they can extensively boost the capabilities of spacecraft and prolong their life span.

In late June, the final satellite to complete Beidou's third-generation network was launched by a Long March 3B carrier rocket at the Xichang Satellite Launch Center in Sichuan province and was placed into a geostationary orbit about 36,000 kilometers above Earth.

After in-orbit tests over the past month, the satellite, the 30th in the third-generation series, has recently started its formal operations.

Since 2000, a total of 59 Beidou satellites, including the first four experimental models, have been launched from Xichang on 44 Long March 3-series rockets, with some of them having retired. Most of currently operational Beidou satellites are of the third-generation series.