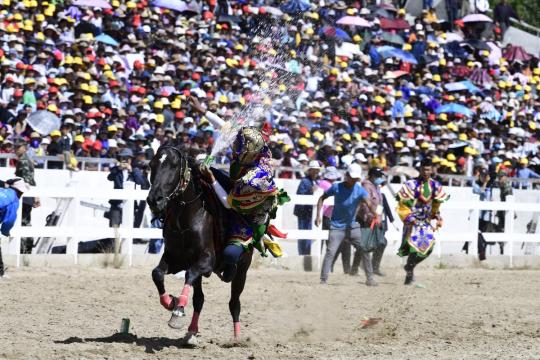 A horse race had a large audience at the Shoton Festival in Lhasa, Tibet, in September. (Photo by Phenthok/for chinadaily.com.cn)

The Tibetan population in the Tibet autonomous region nearly doubled within six decades, and Tibetans account for more than 90 percent of the region's total population, an expert said at an event recently in Beijing.

In a speech at the event, Fang Sumei, a researcher at the Institute of Ethnology and Anthropology of the Chinese Academy of Social Sciences, said migrant populations are an important phenomenon in human history, and also part of the general trend of modern social development.

She delivered the speech during the online side event of the 44th session of the United Nations Human Rights Council International Conference on Social Development and Human Rights Protection in Tibet, which was held at Southwest University of Political Science and Law in Chongqing earlier this week.

In her online presentation, Fang spoke of the relationship between the migrant population and the social and economic development of Tibet by comparing population data over the past five decades in the region.

She said the migrant population has helped to promote China's social and economic development, although in Tibet, migrants are not a large proportion of the population. 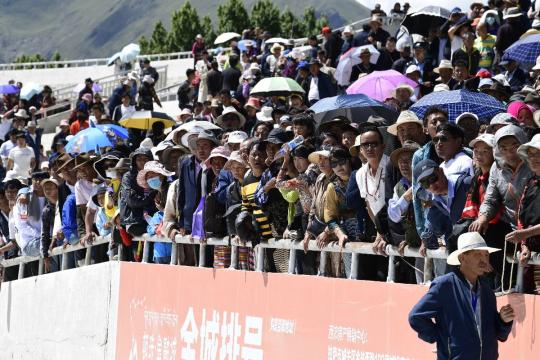 People watch the horse race during the Shoton Festival in Lhasa, Tibet, in September. (Photo by Phenthok/for chinadaily.com.cn)

Many engineers and technicians dispatched by other provinces to Tibet have greatly pushed the region's overall social economic development. Meanwhile, the migrant population of the region has been playing vital role in supporting the region's urbanization, Fang said.