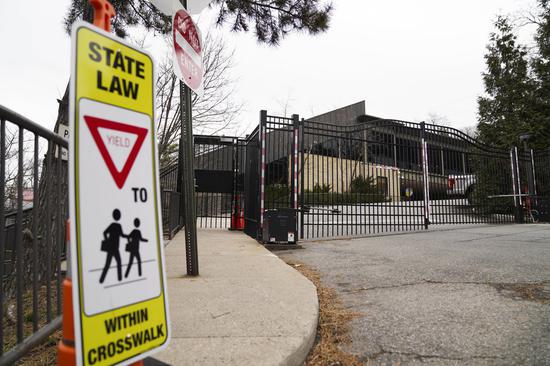 As New York City's public schools are expected to reopen in September, most students will possibly be in school two or three days a week to ensure safety, Mayor Bill de Blasio said on Wednesday.

Announcing additional preliminary plans for school reopening, the mayor and the city's Schools Chancellor Richard A. Carranza revealed three models that would put students in different groups for in-person instruction, in which each group would spend two or three days in school every week.

While the students are not in class, they will continue with remote learning, said de Blasio at his briefing.

To get more space for in-person instruction with social distancing, schools may convert gyms, cafeterias and other facilities into temporary classrooms, according to de Blasio.

Personalized schedules will be shared with families in August, and the city's Department of Education will continue to update families so they can plan for a successful return to school buildings, he said.

The city has the country's largest public school system with over 1.1 million students in some 1,700 schools.

"Getting our kids back to school successfully and safely is the single biggest part of restarting our city. Parents have spoken clearly -- they want their children back in school buildings to the greatest extent possible," said the mayor.

A Department of Education survey released last week found that 75 percent of New York City parents want their children to return to school in September.

The mayor has said schools will have deep cleaning daily, with face-coverings and social distancing mandated, among other precautions.

However, when to reopen schools could ultimately be decided by New York State Governor Andrew Cuomo, who said on Wednesday that a decision will be made in the first week of August.

U.S. President Donald Trump said Tuesday that he would push governors to reopen schools. On Wednesday, he tweeted his disagreement with the U.S. Centers for Disease Control and Prevention guidelines for safely reopening schools, saying they are "very tough and expensive."

"School reopenings are a state decision, period," Cuomo said at Wednesday's briefing in response to Trump's remarks. "That is the law, and that is the way we're going to proceed."

"We will open the schools if it is safe to open the schools," he continued. "I am not going to ask anyone to put their child in a situation that I would not put my child in, and that's how I make these decisions."