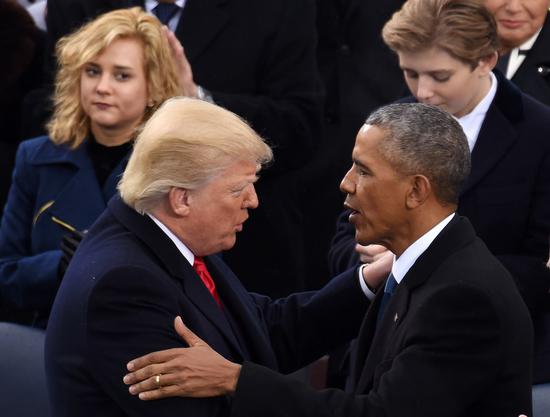 "I don't want a country in which the president of the United States is actively trying to promote anti-Asian sentiment and thinks it's funny. I don't want that. That still shocks and pisses me off," Obama reportedly said in an invite-only fundraiser last week for presumptive Democratic president nominee Joe Biden.

Trump at least used the racist term twice this month, first at his Tulsa rally and later at a youth rally in Arizona.

Some people have warned that rhetoric from Trump and other officials blaming China for the disease's spread has lead to a rise in harassment and mistreatment of Asian Americans, according to media reports.

When the World Health Organization announced the official name for the novel coronavirus in February, the UN agency made it clear that the designation did not stigmatize any geographical location, animal, individual or group of people.