Fugitive accused of accepting bribes turns herself in 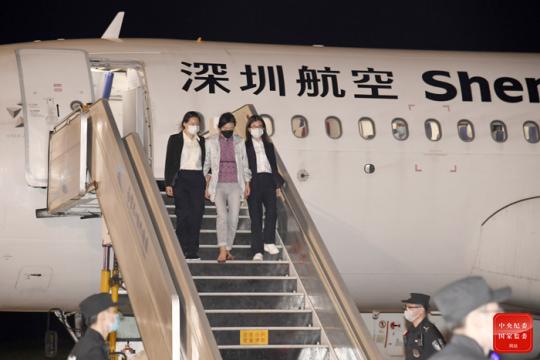 Qian Jianfen, a bribery suspect who fled abroad recently returned and turned herself in. (Photo/ccdi.gov.cn)

Qian Jianfen, a bribery suspect who fled abroad recently returned and turned herself in, according to a statement issued by the Central Commission for Discipline Inspection of the Communist Party of China and the National Supervisory Commission on Monday.

Qian, born in 1969, is the former legal representative of Wuxi Ronghai investment consulting company. She is suspected of taking bribes.

Qian fled China in July 2019 and was placed under investigation by the supervision commission of Yuhuatai district, Nanjing, the capital city of Jiangsu, one month later.

An official with the Anti-corruption Fugitive Repatriation and Asset Recovery said the return of Qian is an important achievement of international hunt for fugitives and asset recovery for duty crimes in 2020. The government will step up the pursuit of fugitive suspected of bribery or duty crimes, and break the chains of interests and the network of trading power for money.