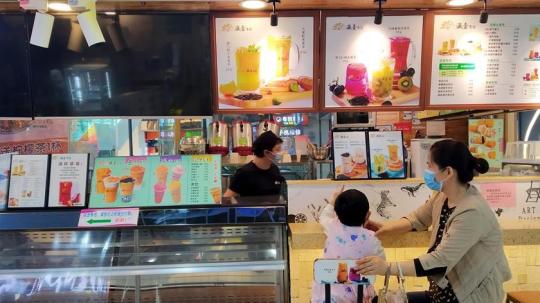 The COVID-19 epidemic situation is under control in Guangzhou, despite sporadic cases being reported in certain parts of the city, said a senior health official on Tuesday.

Ouyang Ziwen, deputy director of the Guangzhou City Health Commission, urged locals not to panic when Yuexiu and Baiyun districts, where many foreigners live, were elevated to medium-risk areas earlier this week due to the risk of imported cases.

Four of the foreigners, who arrived here in early March, had visited a local restaurant multiple times over a number of days before they were identified for isolation, creating the possibility that they had spread the coronavirus through the community, it said.

"A thorough investigation and analysis found the local COVID-19 situation is still preventable and controllable, though the risk of virus spread caused by sporadic and imported cases still exists," Ouyang told the media on Tuesday.

"Guarding against imported cases and a potential rebound in indigenous cases is still the main task in coming weeks, and relevant departments will further enhance epidemic analysis and introduce more effective and accurate intervention measures," he said.

As of Monday, Guangzhou has quarantined 32,182 inbound passengers who came from abroad, including 6,321 foreigners.

"The nucleic acid tests and 14-day quarantine policy for all the passengers who have arrived in the city from abroad since March 27 will continue to play a big part in averting COVID-19," Ouyang said.

Yan Qiang, a member of the standing committee of the Yuexiu district party committee, said his district has increased preemptive screenings since five imported cases were reported.

A total of 197 locals who had close contact with the imported cases have been isolated for further medical observation.

Yan dismissed rumors that Yuexiu has more than 100,000 foreigners from African nations.

Official statistics from Guangzhou City Bureau of Public Security showed the city has 15,000 to 20,000 people from Africa.

Cai Wei, a senior officer from Guangzhou City Bureau of Public Security, urged foreigners to abide by Chinese laws and regulations on COVID-19 control after they have arrived in the city.

One foreigner was given an administrative penalty and was ordered to leave the country by the end of March for disobeying rules on COVID-19 prevention and control.

"The foreigner was found to have secretly left the venue where he was isolated for medical observation while medical workers were off guard on March 22," Cai told the media Tuesday.

Guangzhou has reported 111 imported cases as of Monday, including 86 Chinese returnees and another 25 foreigners, according to statistics from the city's health commission.