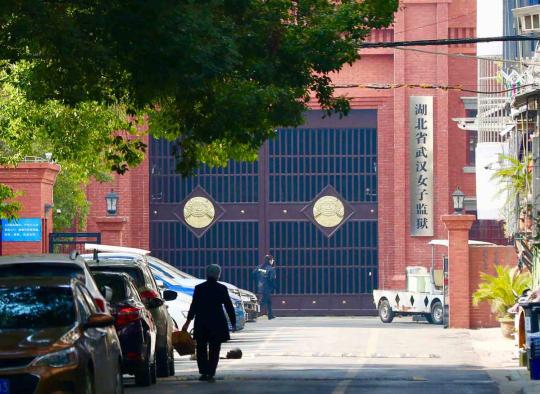 Guo Shengkun, a member of the Political Bureau of the Communist Party of China Central Committee, conducted spot checks on a prison and a detention center in Hebei province on Saturday to learn about the facilities' epidemic control work.

He made the inspections after three provinces reported novel coronavirus outbreaks at five penitentiaries by Thursday.

He told staff at the prison and the detention center they should fully understand the distinct and arduous nature of epidemic prevention and control work in correctional facilities and draw lessons from the infected prisons.

Guo went to a detention center in Sanhe and Yancheng Prison, a facility run by the Ministry of Justice, to conduct random inspections of their management of isolation, detention and food distribution.

He said they should resolutely prevent laxity and adopt measures and strategies to curb the spread of the epidemic in prisons.

The most effective prevention measure is strict closed management, and the control of virus sources needs to be strengthened by carefully examining the entry and exit of personnel and vehicles, he said.

Prisons also need to thoroughly investigate and rectify hidden dangers and loopholes in management to ensure the health and safety of people in penitentiaries, he added.

Five prisons in Hubei, Shandong and Zhejiang provinces had reported outbreaks of infection by Thursday, with more than 500 confirmed cases, including 230 at Wuhan Women's Prison, in the epicenter of the outbreak, and 200 in Rencheng Prison in Shandong.

Most of the infected prisoners were added to the tally of confirmed cases on the Chinese mainland on Thursday, disrupting the overall decline in the number of new infections.

To curb the epidemic in prisons, the Ministry of Justice has urged thorough investigation and strict isolation in correctional facilities across the country, as well as timely medical treatment for patients with confirmed infections.

He Ping, a senior official with the ministry's prison administration bureau, said on Friday that those who failed to report the epidemic situation in prisons in a timely manner and who did not conduct adequate isolation measures would be held accountable and seriously dealt with.

The ministry has sent 28 teams to conduct inspections of penitentiaries nationwide.

In the wake of the coronavirus outbreaks in prisons, Sichuan and Heilongjiang provinces have taken "wartime" management measures since Saturday to prevent the epidemic from spreading to prisons.

Sichuan Provincial Department of Justice said on Saturday that all new offenders and drug addicts and those who return to prison after family visits should wear face masks, have their body temperatures checked and then be quarantined. All vehicles and materials entering prisons will be disinfected, and people suspected of being infected will be prohibited from entering.

Sichuan prisons have also suspended all face-to-face visits, transfers of offenders, correctional education, collective dining and all large-scale activities, and banned the entry of all outsiders.

Its counterpart in Heilongjiang urged its correctional facilities to shut their entrances, maintain control over staff, visitors and inmates, report situations in a timely manner, carry out disinfections more than twice a day and check everyone's body temperatures twice a day.

It also asked all officers and staff members to wear face masks while on duty. Officers or prison leaders who fail to obey the order or who take slow or improper action will be held accountable.

Xie Weijun, head of the Shandong Provincial Justice Department, two officials from the province's prisons administration and five officials at Rencheng Prison have been removed from their posts for negligence in disease control.