Positive year seen ahead for A shares 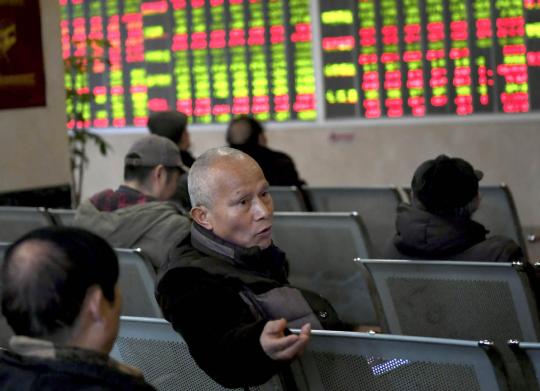 The outlook for China's A-share market remains positive for the year ahead, despite uncertainty surrounding the new coronavirus outbreak causing market instability in the short term, analysts said.

The benchmark Shanghai Composite Index gained 0.28 percent to close at 3060.75 points on Wednesday, recovering from a 1.41-percent slump on Tuesday, when the rising number of pneumonia cases caused by a new coronavirus, originating from Wuhan, Hubei province, spooked investors.

The ChiNext Index, which tracks Shenzhen's innovative startups board, leaped by 1.37 percent to Wednesday's close at 1993.90 points, driven by technology and battery companies. The index hit an intraday high at 2004.39 points, the first time it has stood above 2000 points in more than three years.

Analysts said the market rebounded as investor panic faded on the nation's swift actions to tackle the disease, and as many investors had awaited a market fall to up holdings and prepare for a potential bullish trend.

"The pneumonia caused by the new virus may temporarily put pressure on the market, but will transit into a supportive factor after the virus is contained," said Li Xiaotong, chief investment consultant with N-Securities headquartered in Shenyang, Liaoning province.

The A-share market has begun a steady and healthy bull run, while the pneumonia outbreak, as a short-term disruption, should not change this mid-to long-run outlook, according to Li.

Several factors will help sustain the bull run, such as the relatively low market valuation, the positive development prospect of China's booming tech sector, and the nation's continuous progress in reforming and opening up the capital market, Li said.

The pharmaceutical stock sector pulled back on Wednesday, after surging during the previous two sessions amid rising concerns over the spread of the new virus.

A subindex tracking pharmaceuticals rose by 1.93 percent at Tuesday closing, with dozens of stocks related to anti-virus and anti-flu ranking on top of the growth list. On Wednesday, the index closed lower by 1.47 percent, according to market tracker Wind Info.

A UBS Securities report said that no drug or vaccine can readily treat or prevent the new virus at present, but the outbreak may increase demand for vaccines and health checkups, conducive to the performance of healthcare stocks.

Also, sectors that may, in the short term, benefit from the control of the virus include food delivery services, packaged food, online videos, mobile games and e-commerce, as consumers avoid going out and spend more time at home.

In the longer run, the constructive outlook for Chinese equities for 2020 remains intact, despite the uncertainty surrounding the new virus, the report said.

To tackle the outbreak, China has established a coworking mechanism involving more than 30 government departments. Hubei province has activated a level-II public health emergency response, with which efforts on seven aspects including quarantine, infection information reporting and material supply will be strengthened.

The UBS Securities report contended that if consumption and retail sales weaken due to the spread of the virus, monetary easing may step up and drive lending rates down, bolstering domestic demand and anchoring economic growth.