Imports of garbage continue to decline 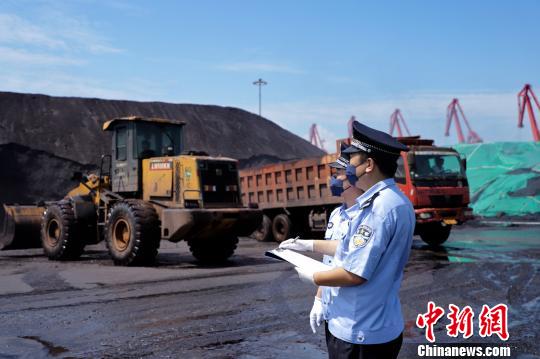 China imported almost 13.5 million metric tons of garbage in 2019, down about 40 percent year-on-year, and the country expects to realize zero imports by the end of this year, an environmental official said.

The country has banned the import of 56 types of waste since it decided to phase out garbage imports in 2017. So far, imports have declined by 71 percent, said Liu Youbin, spokesman for the Ministry of Ecology and Environment.

Liu said the country has continued to crack down on waste smuggling.

While the General Administration of Customs rolled out its third special campaign on garbage smuggling in 2019, the ministry launched a campaign to crack down on environmental violations of companies that recycle imported waste, he said.

Referring to the ban as a landmark measure for the country's ecological progress, Liu said the ministry will promote the work with other government bodies and "make all-out efforts to realize zero imports by the end of 2020".

He also said government efforts are expected to help transform many of the country's small, polluting recycling companies.

The ministry and the State Administration for Market Regulation has issued three national standards to guide companies in their import of raw metal, he said.

Thanks to these policies, "many of China's major recycling companies that used to rely on imports have shifted their focus to the domestic market", he said.

These companies are now building channels for waste paper across the country. The initiatives are expected to force many small, polluting companies to turn to large scale development that adheres to high quality development, he said.

China has been increasingly under pressure from its rapidly growing generation of waste.

According to the ministry's latest report on solid waste control, 162 million tons of domestic waste were generated in 261 large and medium-sized cities across China in 2013. Though only 202 of those cities were assessed in 2017, the amount of waste had jumped to 202 million tons, up 25 percent.

The country also plans to build more waste-to-energy plants. Initiatives by China's local governments, however, are frequently opposed by people who worry that these plants may discharge noxious chemical compounds known as dioxins, which have been linked to an increased risk of cancer.

He said the ministry will strengthen environmental monitoring of these plants to rule out violations as the environmental watchdog makes efforts to avoid the "not-in-my-backyard mentality".