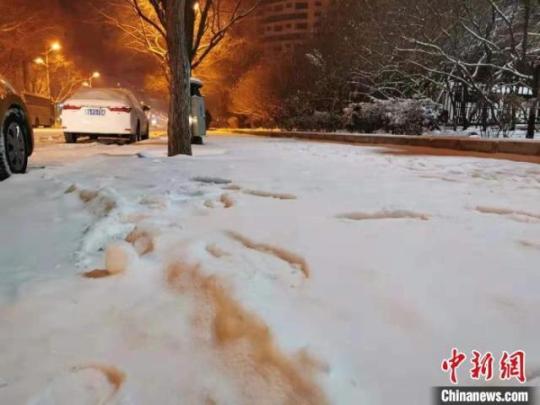 All the highways in Northeast China's Heilongjiang province have been closed after a snowstorm hit the province as of Sunday afternoon.

The local meteorological department forecast that the snowstorm is expected to continue and upgraded the yellow alert for the snowstorm to an orange alert Monday morning.

China has a four-tier color-coded weather warning system, with red representing the most severe, followed by orange, yellow and blue.

The snowstorm also left many flights delayed at the Harbin Taiping International Airport. Hundreds of coaches shuttling between Harbin, the capital of the province, and other cities have also suspended service.

The local governments have taken emergency measures to cope with the heavy snow.