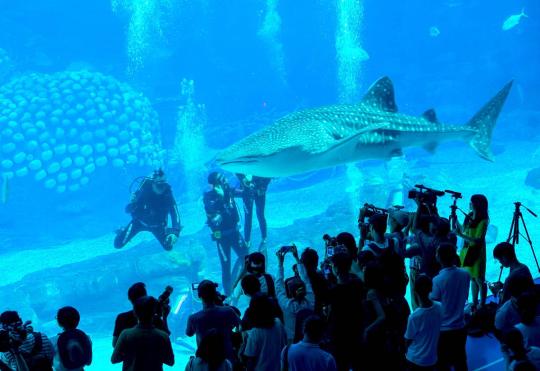 Buying travel products has become a new favorite of Chinese consumers during the Singles Day shopping spree, and the growth rate in this activity has exceeded the purchases of some physical goods.

In the past five years, the number of travel product orders on Nov 11 has seen a compound annual growth rate of nearly 60 percent. Each year, the number of new consumers who bought travel products grew by more than 30 percent over the previous year, according to Fliggy, the online travel arm of internet giant Alibaba Group.

"The new demand of shoppers is constantly stimulated, brands and service providers are constantly creating new supplies, and thus are forming a virtuous circle of fresh ecology in the digital economy age," he said.

Tourism has become a fast consumer good for Chinese residents. The most popular travel products in the past three years have shifted to flight tickets, vouchers to stay in luxury hotels and go to buffets, and entrance tickets for theme parks, compared to simple flight tickets and hotel bookings in an earlier time.

For example, the Zhuhai Chimelong Ocean Kingdom and Amusement Park sold more than 80,000 entrance tickets during the Singles Day this year, among the 520,000 tickets sold for global theme parks. More than 260,000 sea recreational activities and more than 100,000 aerial activities globally have also been booked.

Residents from Shanghai, Guangdong and Beijing, respectively, booked the largest number of travel products, but the growth rate of booking volumes from smaller cities grew at a faster rate.

In the more than 7,400 brick-and-mortar stores of Ctrip nationwide, the sales value on Nov 11 this year reached 100 million yuan ($14.3 million) in one day, having climbed 800 percent over the year-ago level.

The sales of travel products have grown faster than some daily consumer goods. For instance, sales of wine and high-end milk powder on Monday were double the value recorded last year, and sales of refrigerators and washing machines jumped 50 percent year-on-year, according to JD.com, China's major e-commerce site.