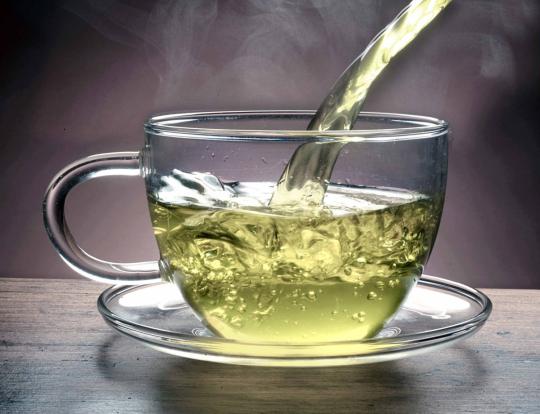 A cup of tea. (Photo provided to China Daily)

Legend has it that the first cup of tea was made in about in 2737 BC in China, when leaves from an overhanging Camellia sinensis plant fell into Emperor Shennong's cup of boiling water.

Tea is the world's second-most-consumed drink after water. But more importantly, several studies have shown that tea is packed with vital health benefits, from reducing heart disease and cancer to boosting weight loss and improving dental health.

One of the most recent studies was carried out by researchers at the National University of Singapore, or NUS; the University of Cambridge and the University of Essex. And it found that drinking tea regularly could help keep the brain sharp and reduce mental deterioration as one advances in age.

Feng Lei, an assistant professor at NUS' Yong Loo Lin School of Medicine, said the study provided the "first evidence of positive contribution of tea drinking to the brain structure".

The study surveyed 36 participants, aged 60 and above. Fifteen drank green tea, oolong tea or black tea at least four times a week for at least 25 years, while 21 drank tea rarely or did not consume it.

Researchers kept track of their psychological well-being between 2015 and 2018. And MRI scans revealed that regular tea drinkers had better organized brain regions than those of nondrinkers.

Peter Goggi, the president of the Tea Association of the USA, told China Daily: "The health benefits of tea are becoming more well known. Green tea is related to the prevention of osteoporosis in postmenopausal women."

There are five types of tea, which come from the leaves of the warm-weather evergreen Camellia sinensis plant: black, white, green, oolong and pu-erh.

The global tea market was valued at nearly $50 billion in 2017, and is expected to grow to more than $73 billion by 2024, according to Statista.com, an online German research firm.

The majority of tea drinkers are in Turkey, Ireland, Iran, Russia, Japan, Morocco, New Zealand and the United Kingdom. And the biggest tea producers by volume are China, India, Kenya, Sri Lanka and Vietnam.

Tea can be served with loose leaves without a bag (popular in China) or with a tea bag dunked in hot water, with a splash of milk.

The invention of the tea bag is credited to New Yorker Thomas Sullivan.

In the early 1900s, he used to send samples of his loose tea leaves in small silken bags. And when his customers received the tea, they began to keep the tea in the bags, sparking the tea bag fad.

In Britain, Anna Maria Russell, the duchess of Bedford, came up with the idea of afternoon tea in 1840. The British working class helped to create "high tea", as they would have a cup after returning home from work.

In the United States, coffee is still king, with more than 400 million cups of coffee served per day, making the U.S. the leading consumer of coffee in the world, according to the National Coffee Association.

In contrast, U.S. consumers drink more than 84 billion servings of tea per year, according to the tea association.