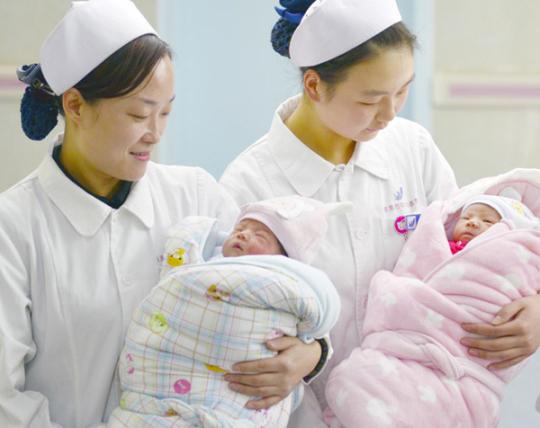 Regional population surveys are showing early signs that the number of births continued to drop across the country in the first half of this year-but at different rates.

The downward trend, observed in both urban and rural areas, is in line with demographers' predictions that China's newborn population is set to decline for years to come.

"The number of births is likely to fall further this year," said Huang Kuangshi, a researcher at the National Health Commission's China Population and Development Research Center. "But right now, it's premature to gauge the specific scale of the fall. More population monitoring data is needed."

Chongqing reported about 68,400 births among a total population of about 31 million from January to May, a decrease of nearly 30 percent compared with the same period last year.

In Weifang, Shandong province, health authorities said 55,800 babies were born in the first half of the year, down 13.4 percent year-on-year, Dazhong Daily reported.

Also in Shandong, about 5,000 births were recorded in Shenxian county, in the city of Liaocheng, from January to June, down by about 15 percent from the same period last year.

Surveys in hospitals and communities in other areas, including Shaanxi, Anhui, Sichuan and Hebei provinces, also found a shrinking newborn population in the first half, with the rate of decrease ranging from 3 percent to 10 percent.

"The number of newborns each year is largely determined by fertility rates (the average number of children per woman) and the number of women of childbearing age," said Shi Renbing, head of the Population and Policy Institute at Huazhong University of Science and Technology in Wuhan, Hubei province.

Both determinants are dropping in China. The number of women aged 15 to 49 peaked in 2011 and has been declining since then, and the fertility rate is just below 1.7, according to the World Population Prospects 2019 report released by the United Nations in June.

The National Health Commission's population research center put the fertility rate at 1.55 last year, compared with an average of 1.65 in the past decade. The center said the peak since the launch of the second-child policy was 1.8.

China began relaxing enforcement of the one-child policy in 2013, and has allowed all couples to have two children since early 2016.

Many experts interpreted the significant falloff in births last year as a sign that those who were not allowed to have more than one child in the past had rushed to give birth to their second child as soon as the restriction was loosened.

"This year, the year-on-year downturn is likely to be moderate, and the second-child policy still holds the potential to encourage more births in the future," Shi said.

The trend revealed in regional data made public recently highlighted the need to roll out more supportive measures in addition to the universal second-child policy, including improved pregnancy care and nursery services, to encourage more births, local authorities said.

The statistics bureaus in Yan'an, Shaanxi province, and Pingquan, Henan province, both said a major factor in declining birthrates was a lack of willingness to have children among couples of childbearing age due to the mounting costs of raising a child.

"The generation born in the 1980s and 1990s no longer perceives having children as an essential part of their marriage, thus driving down the fertility rate," the bureau in Yan'an said. "And those in their 30s and 40s find it difficult to balance work and their personal life, and tend to discard the idea of having a second child."

It called for the upgrading of local pregnancy care services, and encouraged public and private investment to establish more nursery facilities in the city.

The statistics bureau in Luzhou, Sichuan province, also suggested multiple measures to reduce child care costs, such as having medical insurance programs reimburse more of the fees for pregnancy care services and expanding kindergartens and other nursery services.