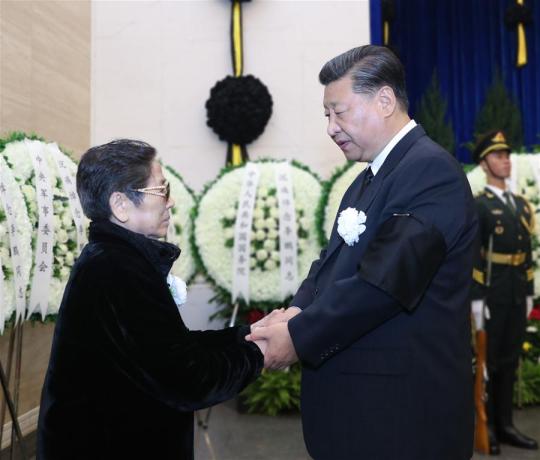 The cremation of former premier Li Peng took place on Monday in Beijing.

Former president Hu Jintao, who was not in Beijing at the time, sent a wreath and his condolences. 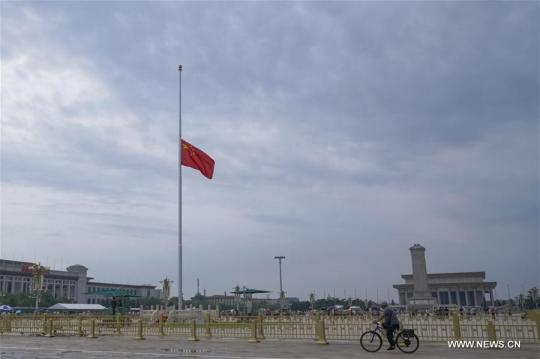 To mourn his death, the national flag at Tian'anmen Square was flown at half-staff at 5:10 am on Monday as the national anthem, March of the Volunteers, was played. National flags at Xinhuamen, the Great Hall of the People, the Ministry of Foreign Affairs, seats of provincial-level committees of the CPC and provincial-level governments, the Hong Kong Special Administrative Region, the Macao Special Administrative Region, seaports, airports and Chinese embassies and consulates were also flown at half-staff.

Li was extolled in an obituary issued by the central authorities as "an excellent Party member, a time-tested and loyal Communist soldier, and an outstanding proletarian revolutionary, statesman and leader of the Party and the State".