China's first aircraft carrier, the Liaoning, made a big splash when it pulled into Hong Kong earlier in July, its first trip to the city. Perhaps looking to remember the occasion, numerous Hongkongers who went down to see the ship ended up walking home with Liaoning brand caps, T-shirts, key rings and other related merchandise. 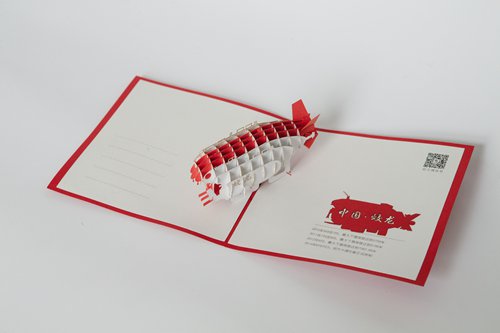 According to military news site mil.news.sina.com.cn, T-shirts with the aircraft carrier's pennant number, 16, sold out completely during the Liaoning's visit to the city, while caps and belts also proved very popular.

Zhang Yan, director of the Cultural Creative Office, told the Global Times that the merchandise that sold well all had something in common - they were all items that could be used in daily life.

"But more important factors are the charm this Chinese aircraft carrier possesses and the love people have for the motherland," she noted.

Set up in 2013, the Cultural Creative Office aims to promote China's naval culture through simple products that ordinary citizens will enjoy.

While there are a number of people in China interested in military "naval vessels or marine equipment, these items are far removed from people's daily lives. However, through these derivative products, people have a much easier time learning about China's naval culture," Zhang said, adding that they also sell a stuffed toy mascot of China's manned deep-sea research submersible the Jiaolong, which has proved very popular among children.

While this merchandise may not look like much, they possess a deeper significance for Chinese. For instance, Zhang explained that sailors will often exchange the caps for their ship, such as the Liaoning cap, with sailors from other vessels.

While his team only consists of 10 people, Zhang said that the office has high requirements for employees when it comes to artistic ability and knowledge about naval culture.

Zhang emphasized that designing products is not as easy as it seems.

"Many people will naturally think to use blue for these products, but only our senior designer goes that extra step to think of whether to use navy blue or air force blue," she said. 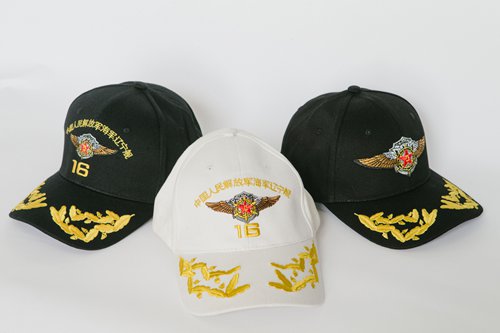 Looking to get more involved in the market, the Cultural Creative Office has registered for a store on Taobao, China's largest online shopping website, and is negotiating the licensing rights for their merchandise with private companies.

Another reason for the move is that the office has noticed a few copycat products being sold, a majority of which are poorly made.

"We do not want such crudely made products to ruin our reputation," Zhang said.