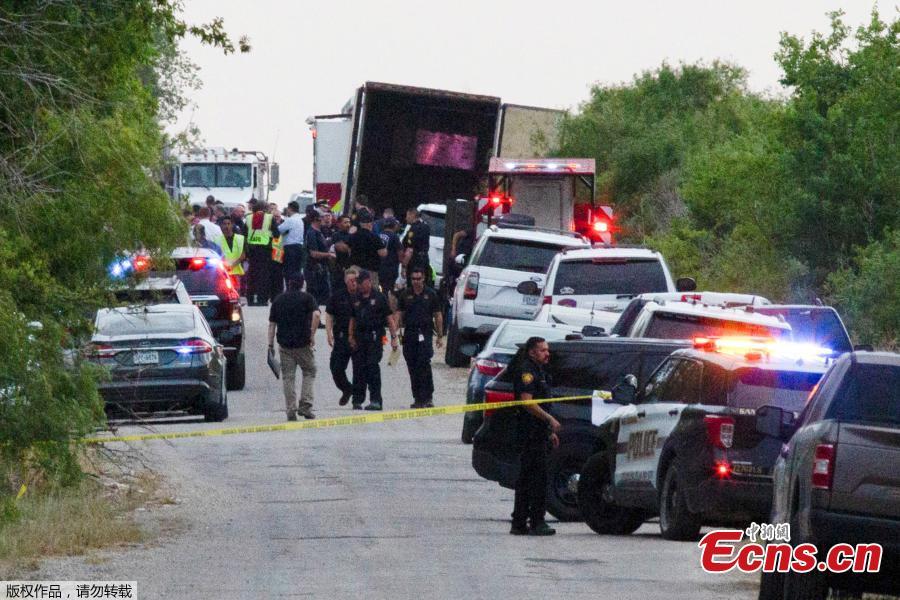 Law enforcement officers work at the scene where people were found dead inside a trailer truck in San Antonio, Texas, U.S. June 27, 2022. (Photo/Agencies)

At least 46 migrants were found dead in an abandoned lorry on the outskirts of San Antonio, and another 16 people including four children had also been taken to hospital on Monday. 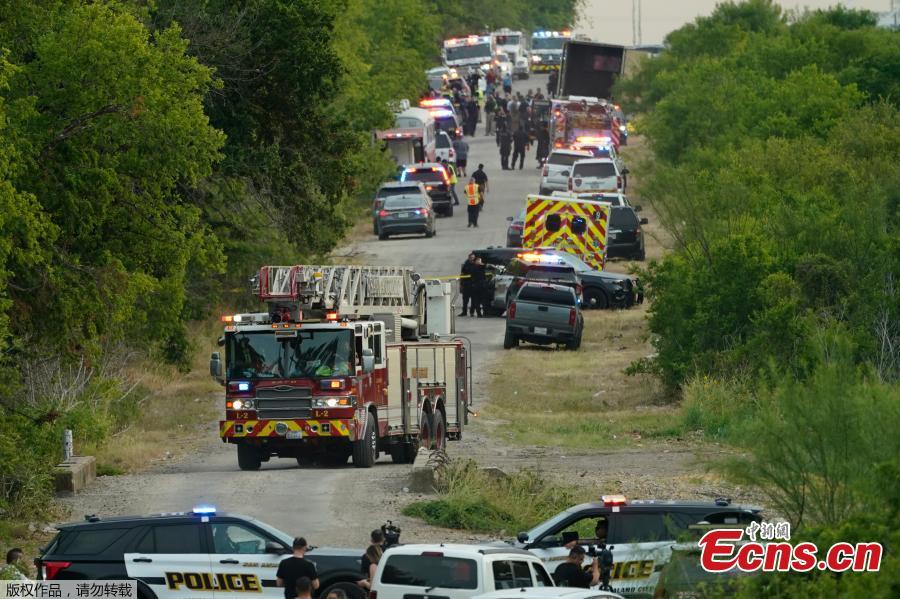