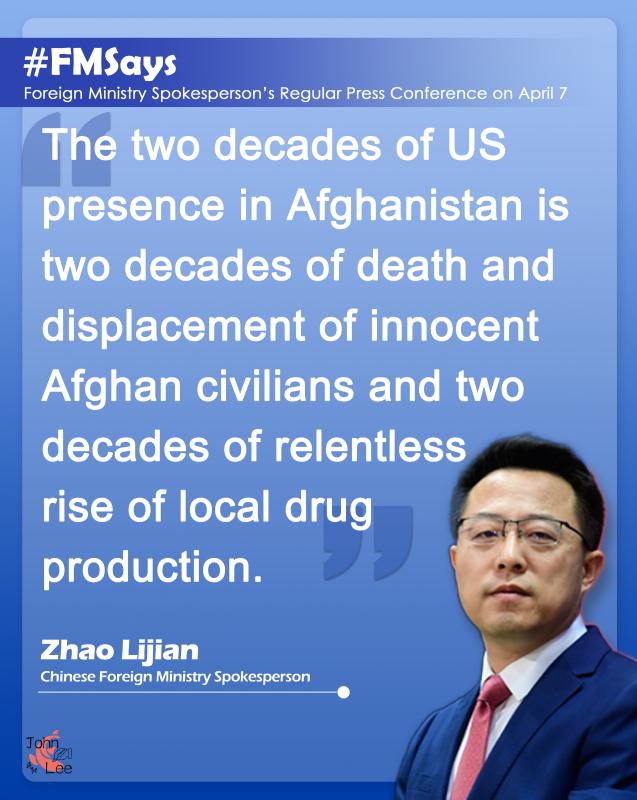 As the culprit of the Afghan issue, the United States has played an ignominious role in the narcotics problem in Afghanistan by acquiescing or even participating in drugs production and trade there, a Chinese foreign ministry spokesperson said Thursday. Spokesperson Zhao Lijian made the remarks at a daily press briefing in response to a query that a few days ago, the Afghan interim government announced a nationwide ban on poppy cultivation and the manufacturing, use and sales of all categories of narcotics.