Spring scenery of 'Dead sea of China' in Shanxi(1/3) 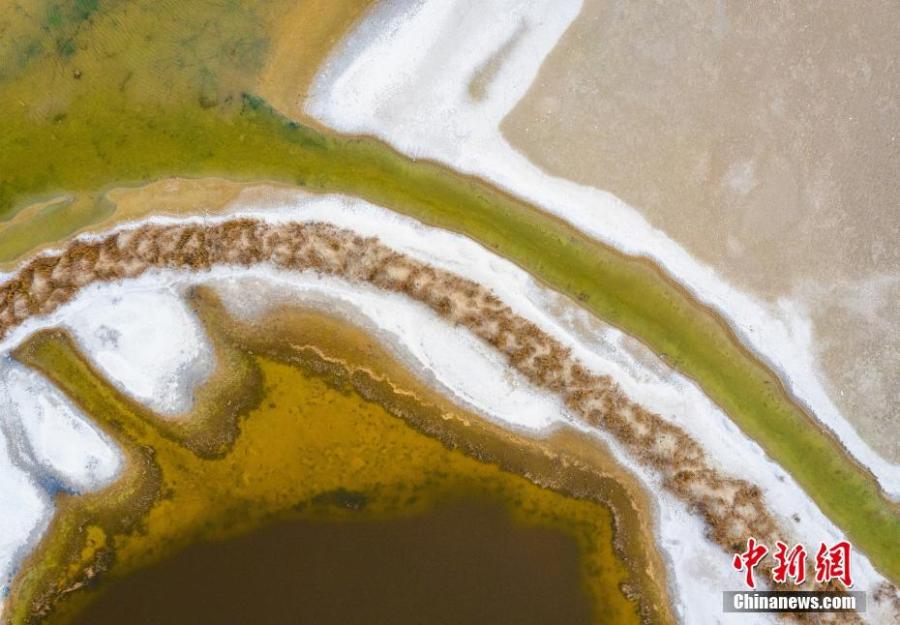 Yuncheng Salt Lake has turned to a huge painter's palette as temperatures rise. Yuncheng Salt Lake is one of the three largest sodium sulfate lakes in the world. It is also known as the 'Dead Sea of China' due to its salt content being like that of the Dead Sea in the Middle East. 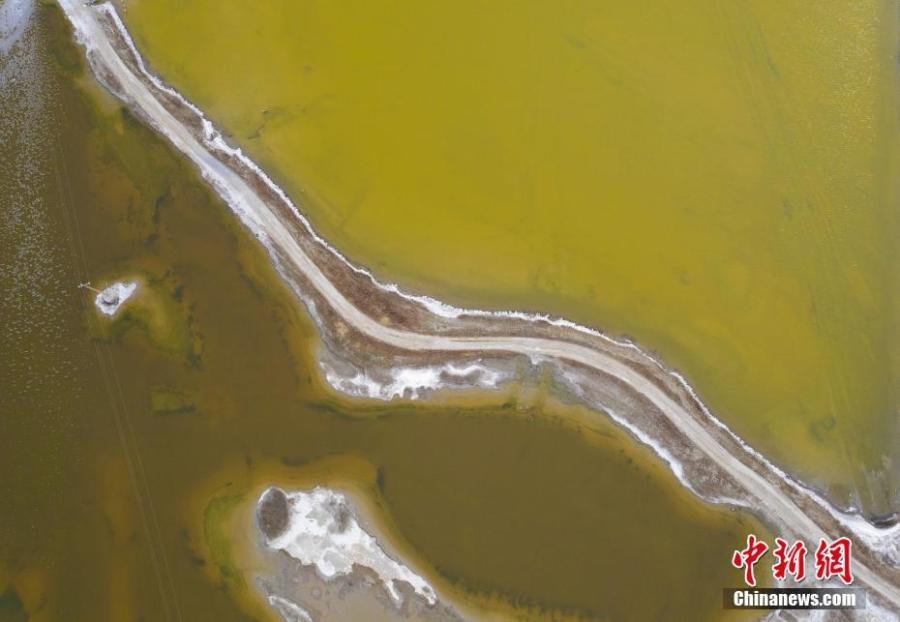 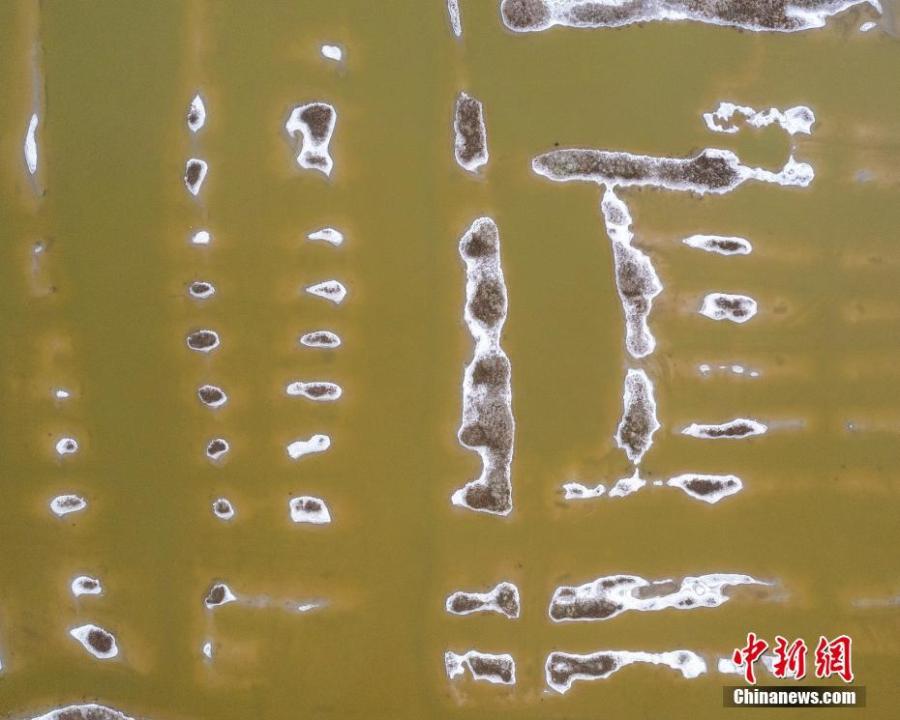