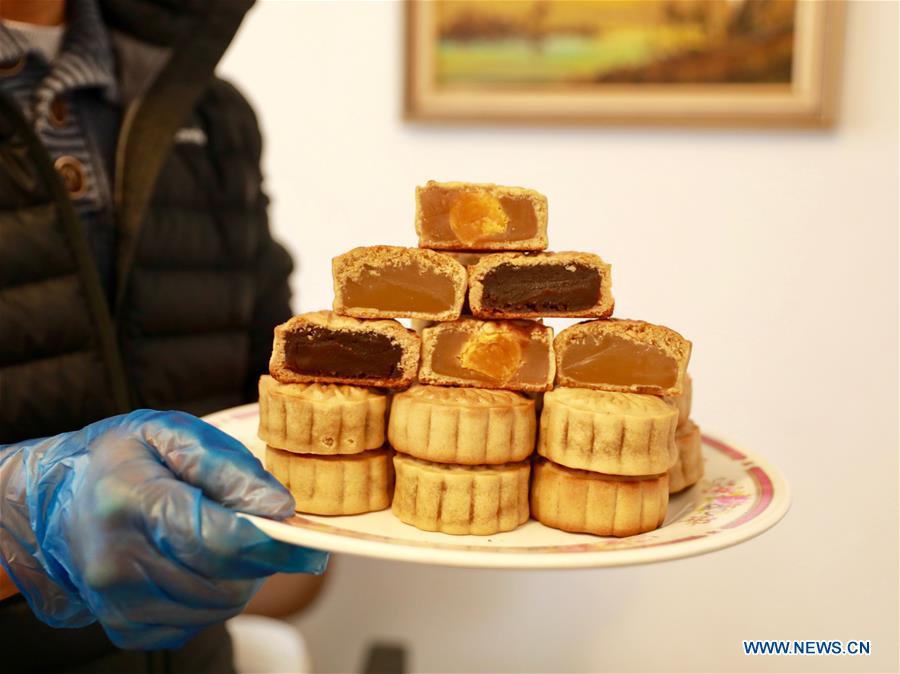 Photo taken on Sept. 7, 2019 shows moon cakes made by local Chinese to celebrate the upcoming Chinese traditional Mid-Autumn Festival, which falls on the 15th day of the eighth month of the Chinese lunar calendar, or Sept. 13 this year, in Canberra, Australia. (Photo by Chu Chen/Xinhua)

Eating mooncakes is undoubtedly the most important culinary ritual for the Mid-Autumn Festival in China, which falls on October 1 this year. Flavors of the round pastries differ greatly from place to place, ranging from lotus seed paste and sweet bean paste to ham and pork mince. Food companies and restaurants nowadays are also developing more creative recipes and catchy packages to lure more customers in. 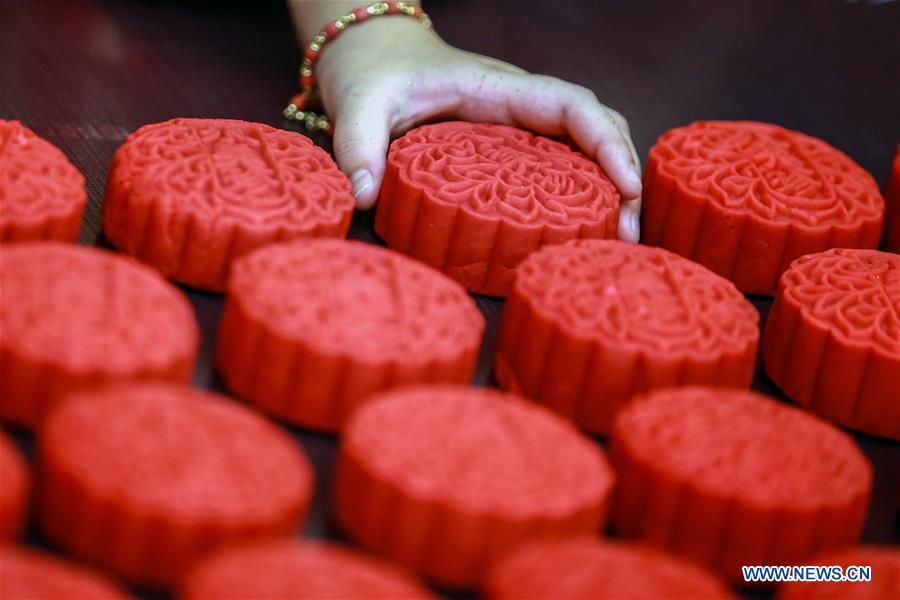 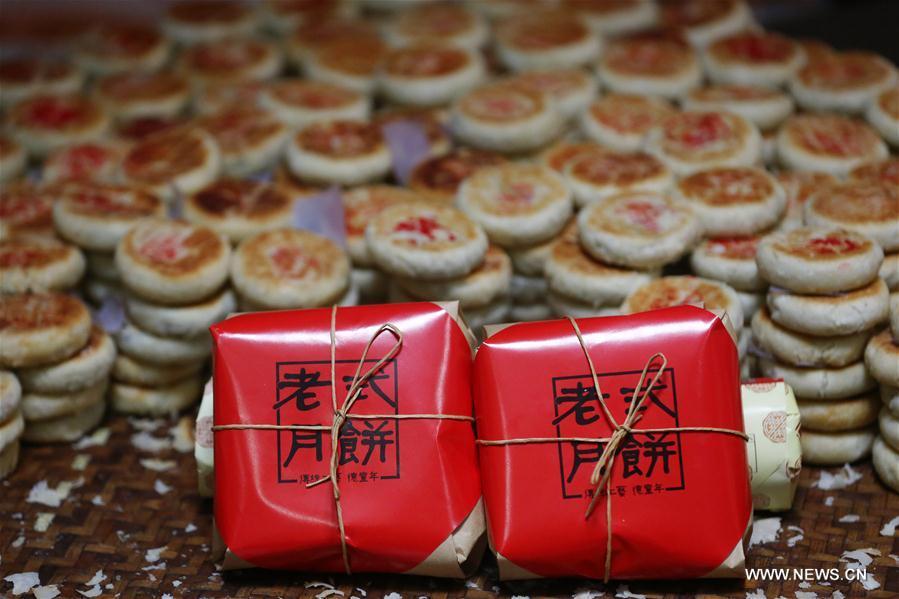 Photo taken on Sept. 29, 2017 shows Anhui style mooncakes in Xiuning County of Huangshan, east China's Anhui Province. The 68-year-old Cheng Guisheng has learned making a kind of special mooncakes with traditional Anhui characteristics when he was young. The stuffing of the mooncakes is mixed pickled edible wild herbs with lard oil and sugar. This kind of mooncakes are traditional cakes for people in the ancient Huizhou area when Mid-autumn Festival is coming around. (Xinhua/Shi Yalei) 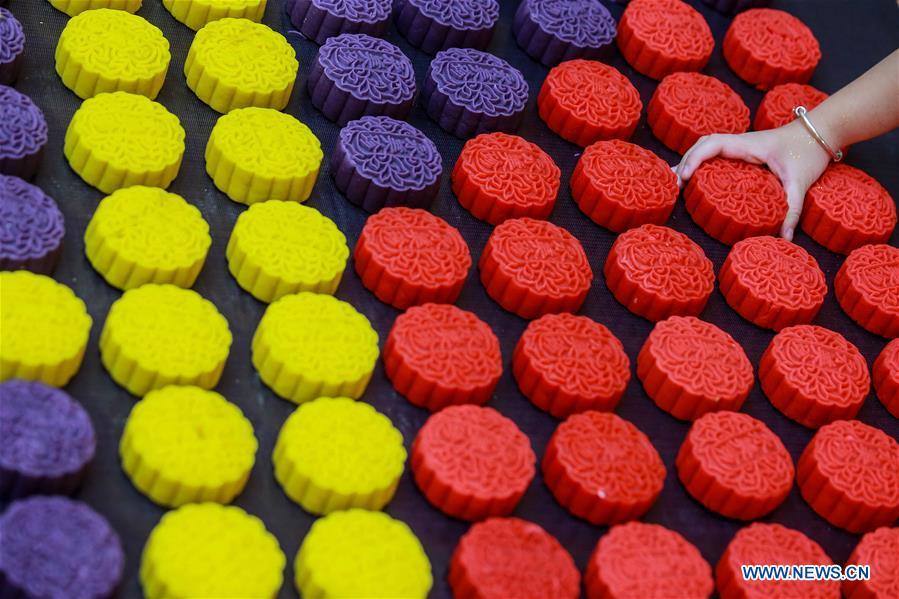 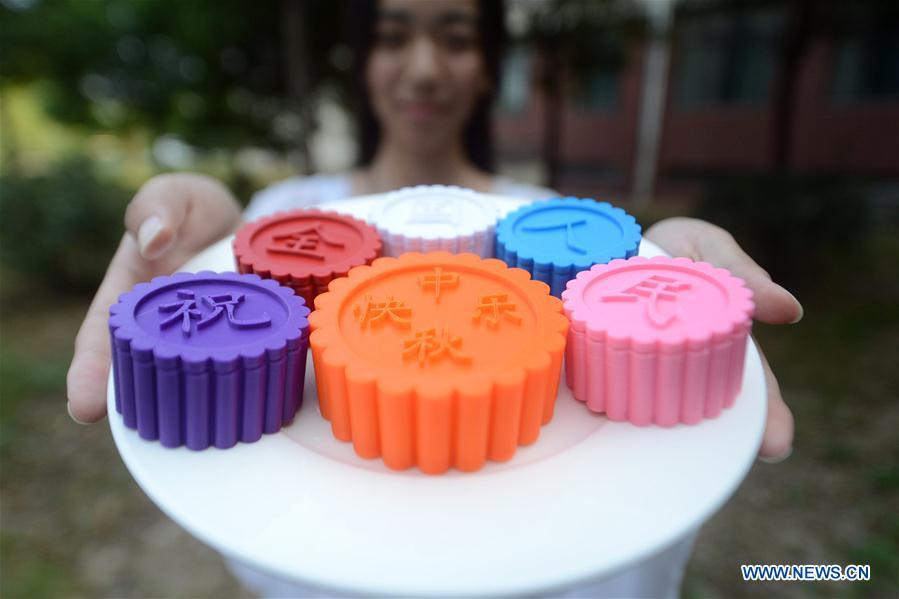 A college student shows 3D-printed moon cake models to greet the upcoming Mid-Autumn Festival at Yangzhou University in Yangzhou, east China's Jiangsu Province, Sept. 12, 2016. Chinese have the tradition to eat moon cakes at the Mid-Autumn Festival, which falls on Sept. 15 this year.(Xinhua/Meng Delong) 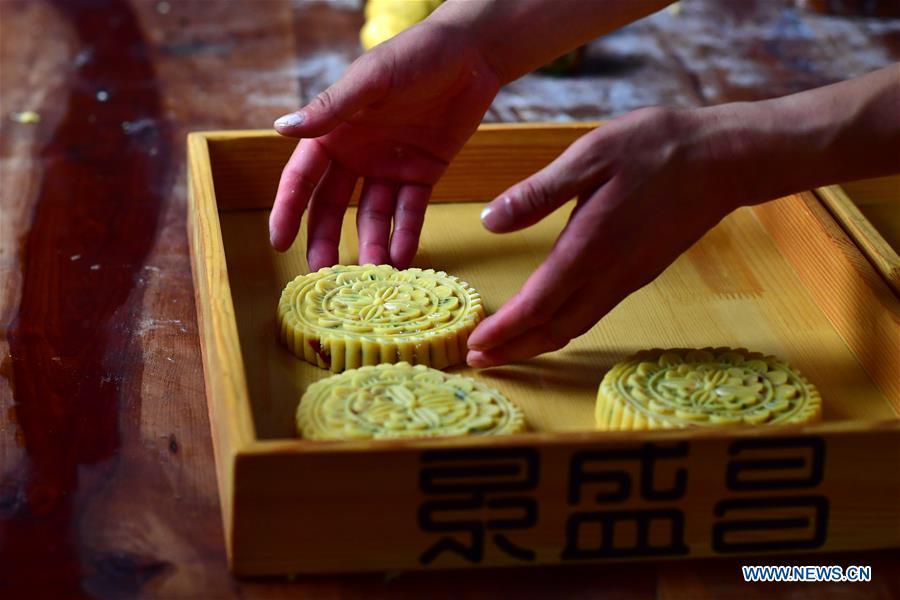 Zhang Xu puts away mooncakes ready for baking at the mooncake bakery Jingshengchang in Xiayi County, Shangqiu, central China's Henan Province, Sept. 13, 2020. At age 31, Zhang Xu already serves as the chef of Jingshengchang, a Henan-based mooncake bakery established in 1860. Mooncakes produced at Jingshengchang are characterized by their crispy crusts and generous stuffing, coupled with a meticulous set of bakery skills which Zhang had begun to learn since high school graduation in 2007. "Our bakery skills are a great treasure," says Zhang. "I'll do my best to pass them down to future generations." (Xinhua/Feng Dapeng) 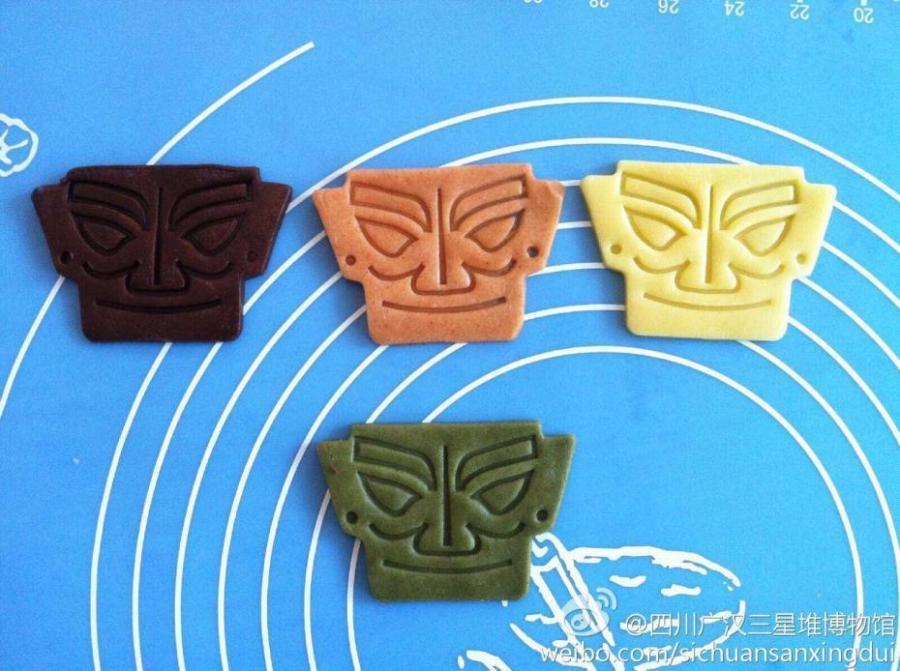