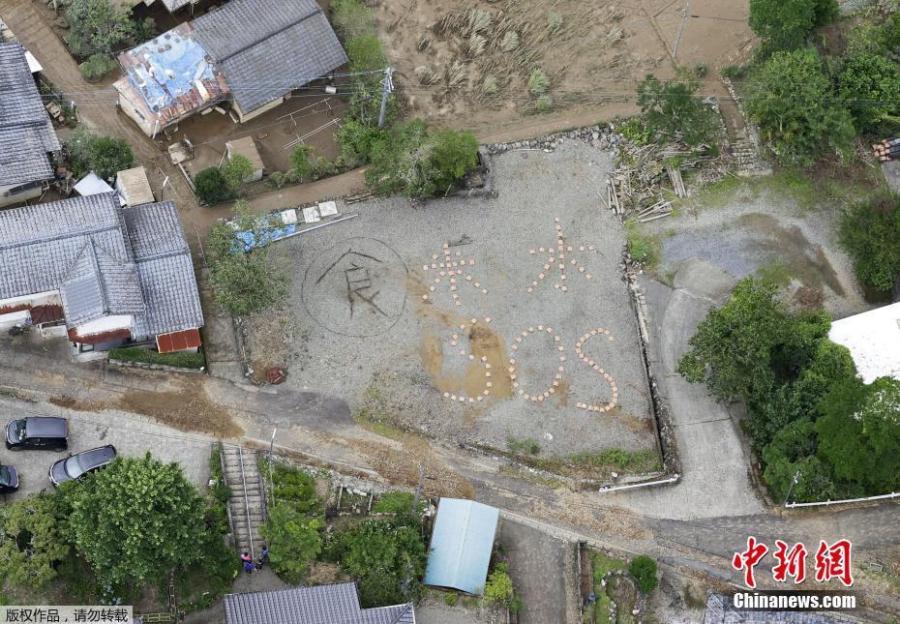 Areal photo shows the words "Rice, Water, SOS" spelled out on the ground in the southern Kumamoto prefecture, Japan, July 5, 2020. At least 34 people were confirmed or presumed dead on Sunday after record rainfall triggered floods and landslides in southwestern Japan, knocking out power of thousands of homes and cutting off roads to dozens of cities and villages. (Photo/Agencies) 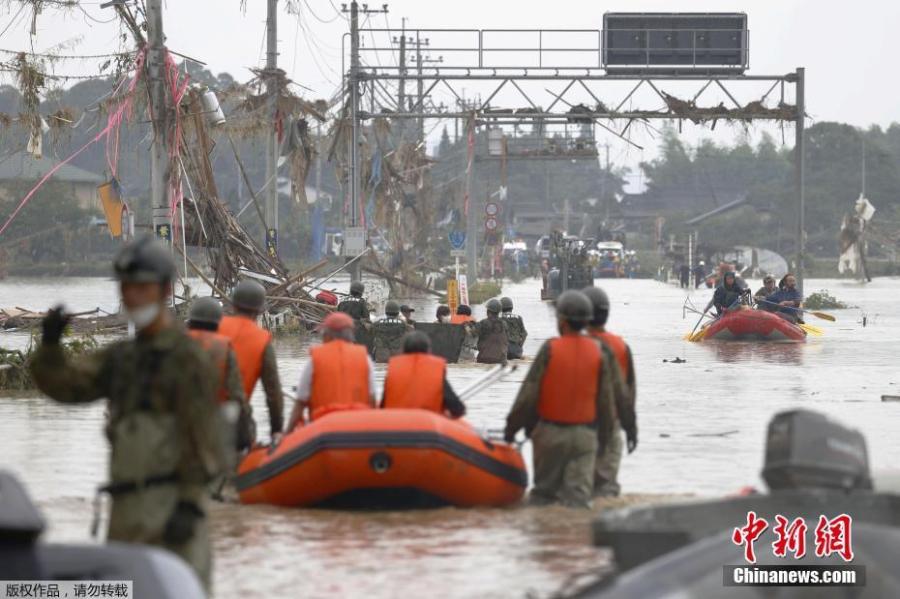 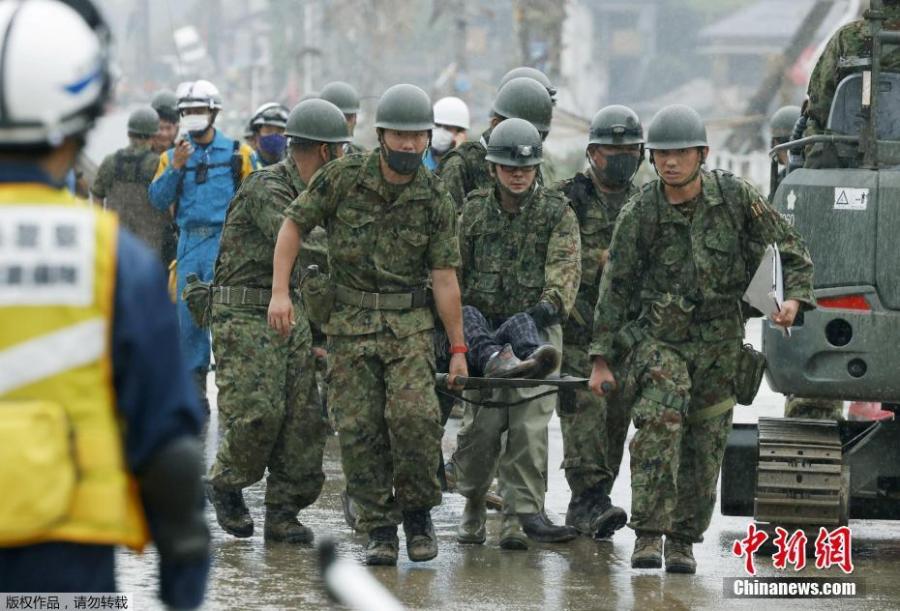