Hunan student honors health workers, including his father, with artworks(1/5) 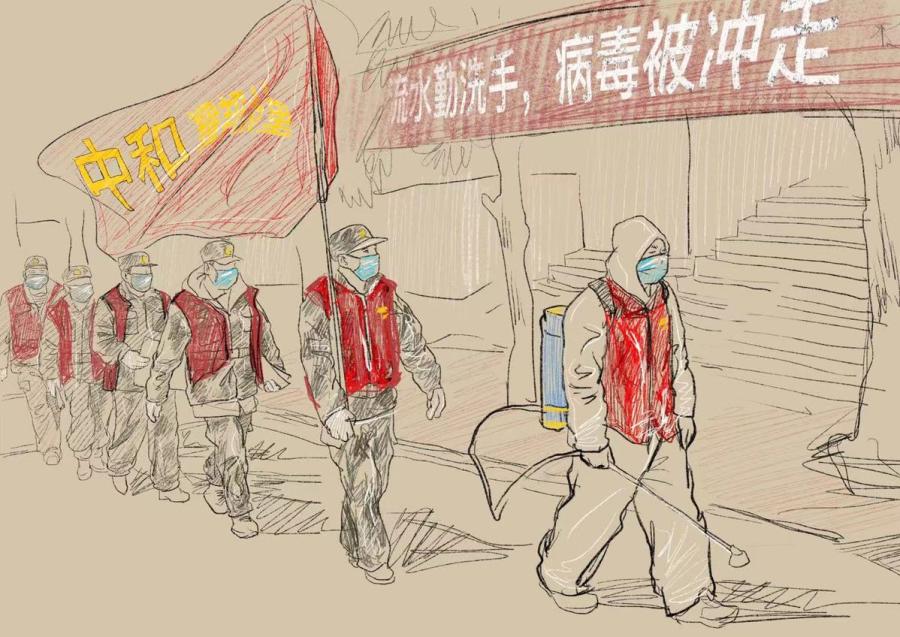 Hong Yi's father and members from the local nonprofit rescue team are shown heading to nearby villages to promote prevention and disinfect public areas. (Photo provided to chinadaily.com.cn)

A high school student in Liuyang, a city in Hunan province, created a series of artworks to pay his tribute to his father and his colleagues who are currently engaged in the fight against the novel coronavirus outbreak.

The student, Hong Yi, calls the series "Red Vest" after the garment that his father, as deputy party chief in the village of Cangfang, wears as he works at all hours on the frontlines of combating the epidemic. 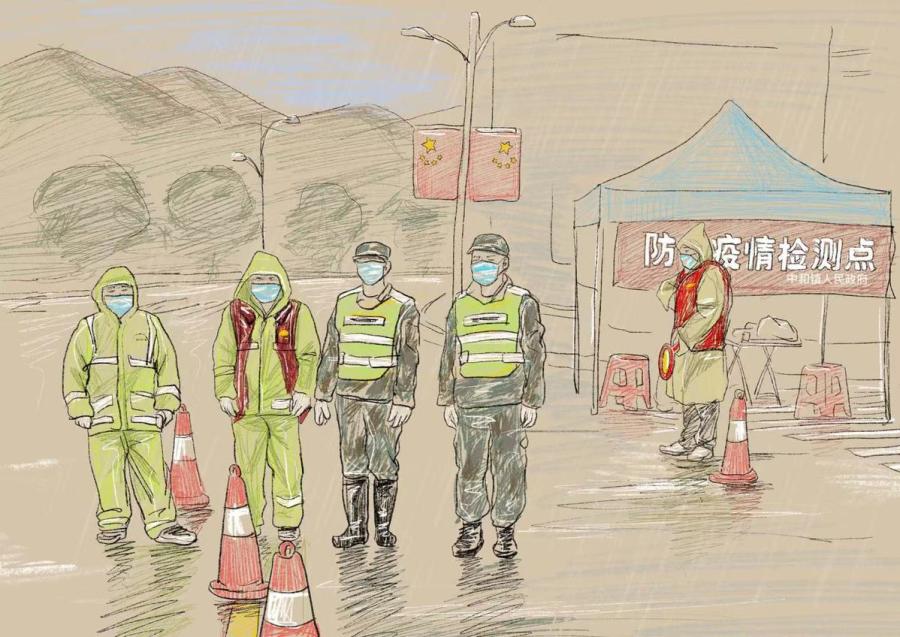 Local government staff with Hong Yi's father (far right) at a vehicle checkpoint where they were testing for high fevers. (Photo provided to chinadaily.com.cn)

Hong said he felt worried about his overworked father and felt bad that there was little he could do to help him.

"I haven't seen him for half a month, and he was too occupied to reply. 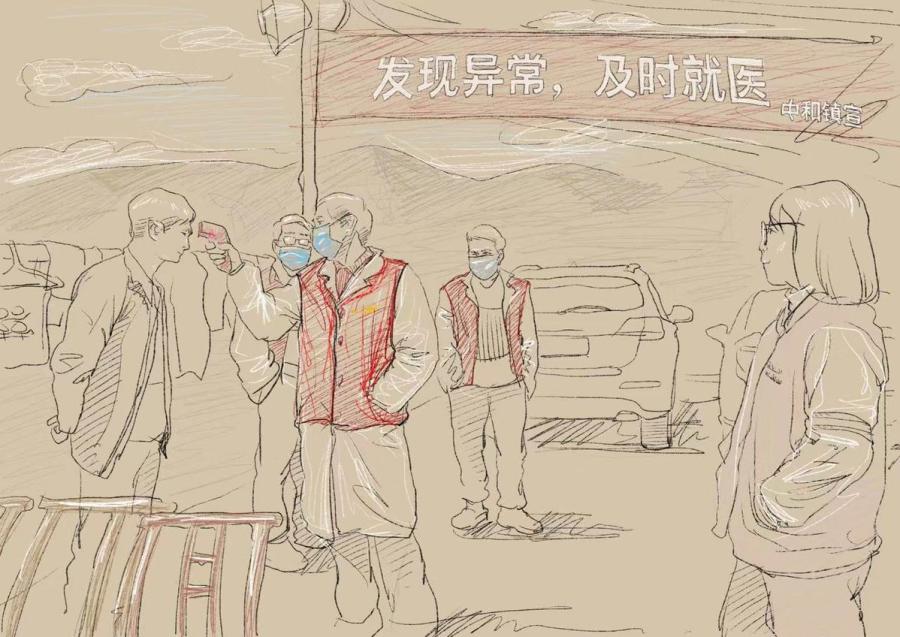 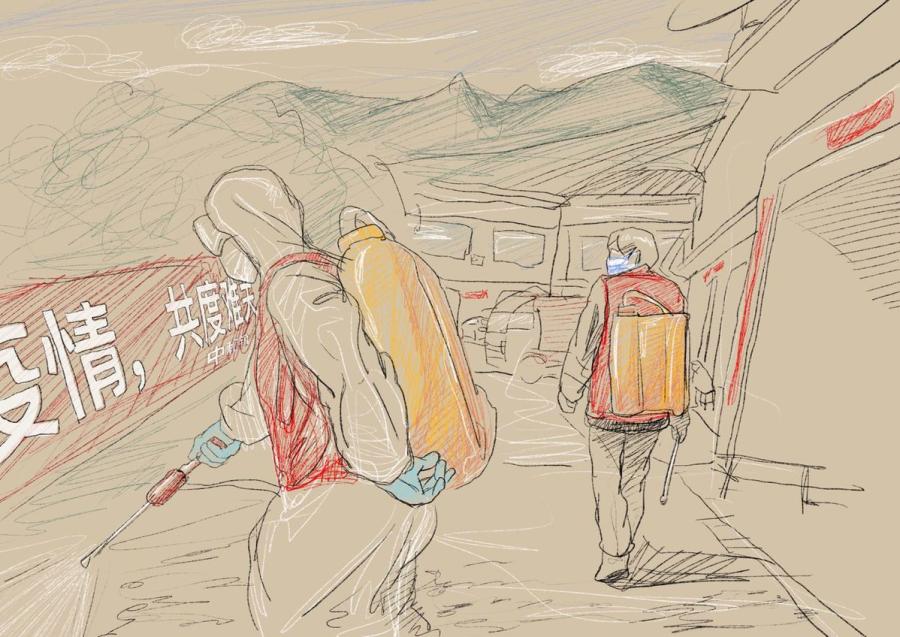 Hong Yi's father (right) and local government staff spray disinfectant in a public area of the village of Cangfang in Hunan Province. (Photo provided to chinadaily.com.cn) 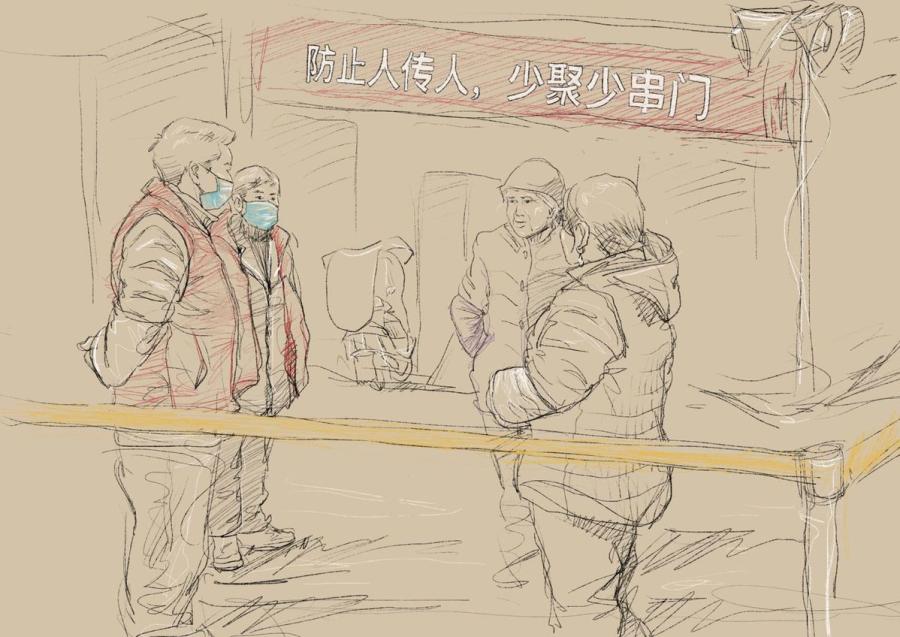 Hong Yi's father (second from left) goes door by door to find out villagers' travel history and to urge them avoid public areas if they might be communicable. (Photo provided to chinadaily.com.cn)