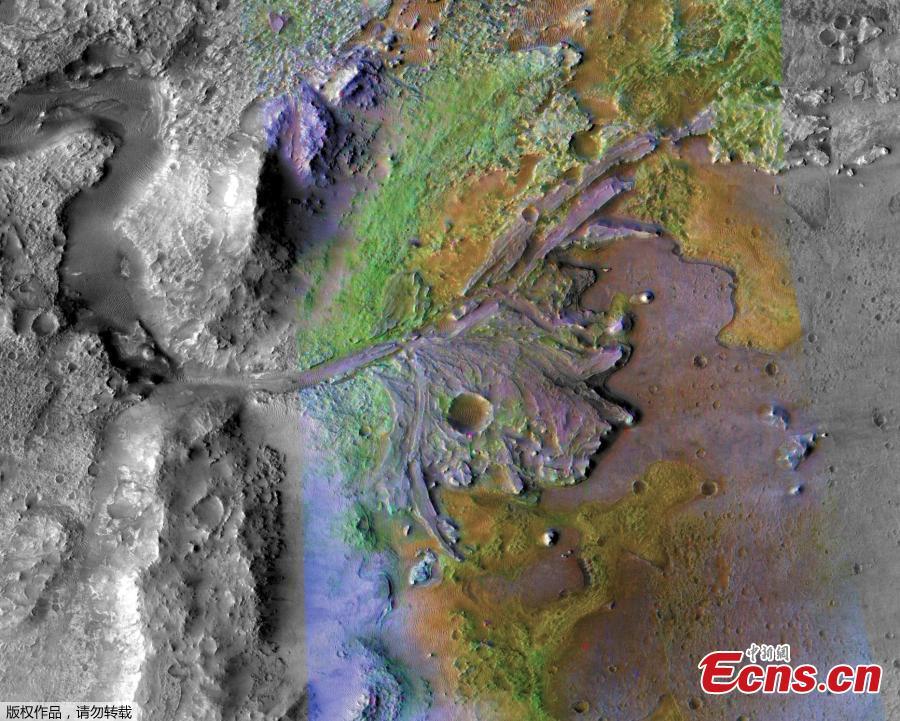 Fans and deltas formed by water and sediment are seen in the Jezero Crater on Mars, identified as a potential landing site for the Mars 2020 Rover, in this false color image taken by NASA's Mars Reconnaissance Orbiter, published May 15, 2019 and obtained November 15, 2019.(Photo/Agencies)

A NASA robotic rover is nearing completion ahead of a journey next year to search for evidence of past life on Mars and lay the groundwork for the space agency’s mission to send humans into deep space. The U.S. space agency on Friday showed off its Mars 2020 rover, whose official name will be chosen early next year. NASA will in February ship the rover to Florida’s Kennedy Space Center where its three sections will be fully assembled. A July launch will send the rover to a dry lake bed on Mars that is bigger than the island of Manhattan.