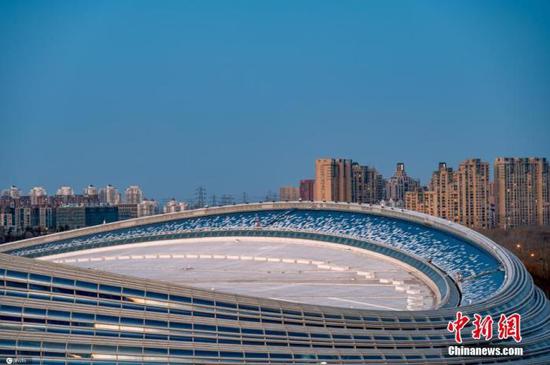 (ECNS) -- All venues for the 2022 Winter Olympics in Beijing, Yanqing and Zhangjiakou meet green building standards and will cut carbon dioxide emissions by around 320,000 tons, according to the State Council Information Office on Thursday.

Venues across the three host cities are estimated to use 400 million kWh of green electricity during the 2022 Winter Games, replacing traditional coal consumption by 128,000 tons, said Li Sen, head of the General Planning Department of Beijing Organizing Committee for the 2022 Olympic and Paralympic Winter Games (BOCOG).

Many of the venues of the 2022 Winter Games were built for the 2008 Summer Olympics in Beijing.

In order to meet carbon neutrality goals and establish a low-carbon transportation system, over 80 percent of vehicles have opted for clean energies.