China's top legislature, the National People's Congress, on Thursday held the closing meeting of its annual session in Beijing.

Xi Jinping and other Chinese leaders attended the meeting.

Chinese Premier Li Keqiang started a press conference after the closing of the fourth session of the 13th National People's Congress.

The premier took questions from Chinese and foreign reporters via video link. 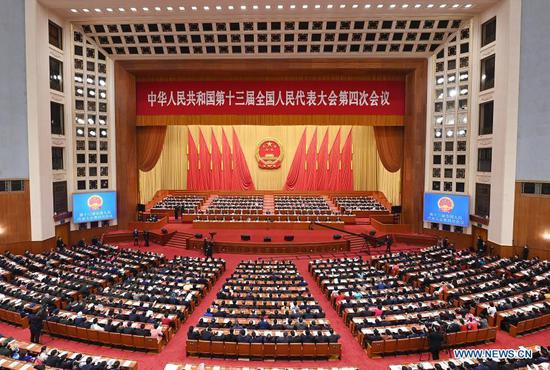 The closing meeting of the fourth session of the 13th National People's Congress (NPC) is held at the Great Hall of the People in Beijing, capital of China, March 11, 2021. (Xinhua/Jin Liangkuai)

The following are some highlights about the annual sessions in the last 24 hours.

China's latest medium and long-term economic and social development plan, approved at the country's top legislature on Thursday, unfurls a roadmap of China's development for the next five years and beyond.

The National People's Congress adopted a decision on improving the electoral system of the Hong Kong Special Administrative Region.

"I, together with the governing team of the HKSAR Government, would like to pledge our staunch support for and sincere gratitude to the passage of the decision on improving the electoral system of the HKSAR by the NPC this afternoon," Lam said in the statement. 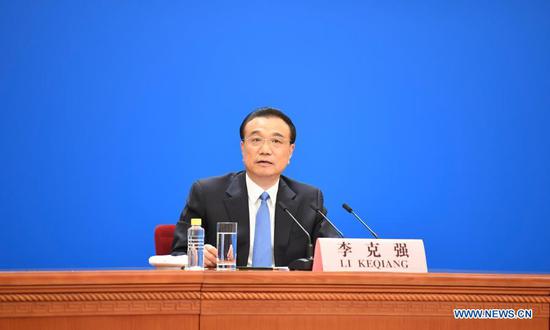 Chinese Premier Li Keqiang meets the press after the closing of the fourth session of the 13th National People's Congress at the Great Hall of the People in Beijing, capital of China, March 11, 2021. Li took questions from Chinese and foreign reporters via video link. (Xinhua/Zhai Jianlan)

The following are some key points from the press conference:

China is still a developing country, and there is still a long way to go before it can achieve modernization.

China to continue working with WHO on virus source tracing: premier

China is willing to continue working with the World Health Organization (WHO) on tracing the origin of COVID-19.

China aims to create no less than 11 million new urban jobs this year.

The decision made by China's top legislature on improving the electoral system of the Hong Kong Special Administrative Region will help ensure "patriots administering Hong Kong" and the steady and sustained development of "one country, two systems".

China is ready to enhance cooperation in science and technology with other countries on the basis of intellectual property rights (IPR) protection.

China, U.S. should strive for sustained, healthy development of ties

China and the United States should strive for sustained and healthy development of their relations.