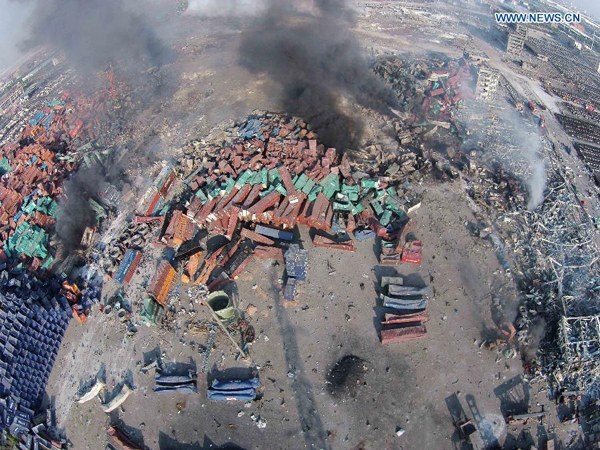 The Ministry of Environmental Protection has initiated an emergency response following the massive blasts that killed 50 people and injured hundreds of others.

The Chemical Oxygen Demand (COD) and cyanide were found to be three times and eight times higher than the standard levels, respectively, in the underground pipelines.

The pipelines have already been blocked, and they have not caused pollution in the nearby environment, according to CCTV.

Latest news from Xinhua shows that the blasts have killed at least 50 people, 12 of whom were firemen. Another 701 people are still in hospital, many gravely ill.