CNN correction: report on Tianjin blast not interrupted by officials 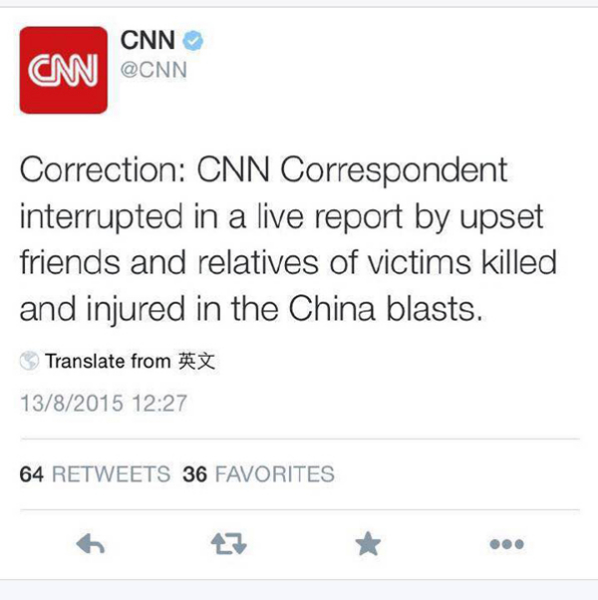 (ECNS) -- CNN has taken to Twitter to clarify its live report on the Tianjing blast which was interrupted by the friends and relatives of victims rather than government officials as had been speculated. [Special coverage]

CNN reporter Will Ripley had been providing live coverage on Thursday from outside a hospital after the city had been hit by explosions that have already killed dozens of people, including several firefighters.

According to Ripley's video record, the report was interrupted halfway through by a Chinese citizen who shouted "We don't need foreigners to report for Chinese", which then led to a swarm of Chinese citizens rushing toward Ripley, yelling for his crew to stop recording.

It had been initially speculated that "Tianjin officials" interrupted proceedings.

However, CNN clarified on Twitter, saying "Correction: CNN correspondent interrupted during a live report by upset friends and relatives of victims killed and injured in the China blasts."