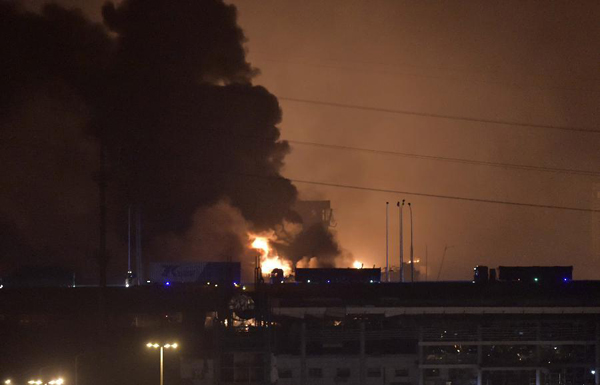 Huge explosions at a warehouse for dangerous materials in Binhai New Area have killed at least 17 people and injured hundreds.

Five air monitoring stations in Binhai New Area have detected nothing abnormal, and indexes for PM 2.5 (airborne particles smaller than 2.5 microns in diameter), sulfur dioxide, nitrogen oxide, and carbon monoxide are all in a good range.

Sources from the Tianjin fire department say dust doesn't spread after such blasts and posed a minimal threat to residents living nearby.

Further explosions remain a possibility, according to the Beijing News.