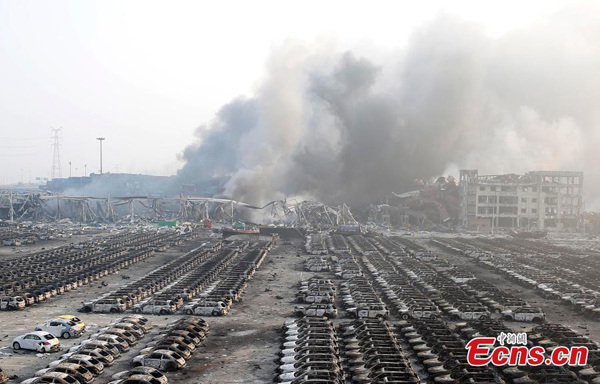 Huge explosions at a warehouse for dangerous materials in Binhai New Area in the northeastern Chinese port of Tianjin have killed at least 17 people, injured hundreds and sent massive fireballs into the night sky.

The explosions late Wednesday have knocked doors off buildings in the area.

On a parking lot about 400 meters south of the explosion site, hundreds of cars have been damaged and for many, charred remains are the only thing left.

Fires continue to burn in at least six spots near the warehouse at 5 am on Thursday, according to the Beijing News.

Reporters on the site said they can still hear sounds of explosions.