Photo of Zou Dehuai, a post-90s man who has collected thousands of historical photos related to Japan's invasion during WWII.

(ECNS) -- A post-90s man named Zou Dehuai has collected thousands of historical photos related to Japan's invasion during World War II, of which at least 2,000 have never been revealed before.

Some Japanese troops in the photos are said to be from "Unit 526" and "chemical troops". These pictures are among hundreds of photos discovered in an old book store in Japan and then mailed to China.

Unit 526 was a biological and chemical unit of the Japanese Army during WWII. In 1991, two Japanese veterans who served in the unit revealed the hidden truth of its role. However, its very existence has been controversial due to a lack of evidence.

According to the photo album, the owner, then 21, left Japan to invade China on March 27, 1944. In the same year he was assigned to Unit 526. No sign of biological weapons is directly visible in the photos. 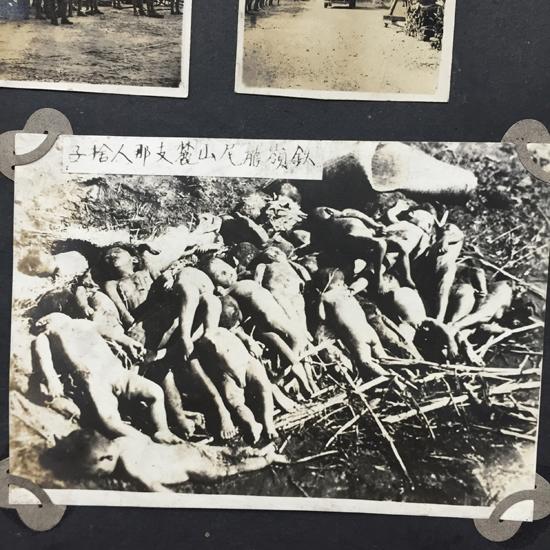 Historical photo shows dead bodies of Chinese children are piled up in a heap. (Photo provided to China Youth Daily)

In one of the photos, dead bodies of Chinese children are piled up in a heap. The caption claims the children were abandoned by their families despite allegations the Japanese Army were involved in the mass slaughter of innocent Chinese citizens, including children, just for fun, during WWII.

Another photo shows a smiling Japanese soldier holding the head cut from a dead man; behind him stood another soldier, a sword in hand.

With a degree in visual communication, Zou is interested in history and has been collecting historical photos from the war.