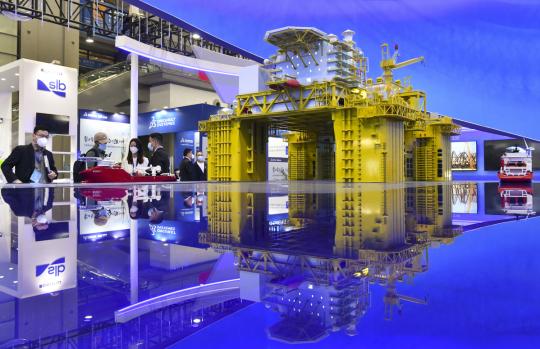 By the end of 2021, the number of actual marine economic activity units had doubled that of 2015 in China, further consolidating the micro-foundation of the marine economy.

The number of marine patents granted and the income from the transformation of scientific and technological achievements increased by 26.3 percent and 43.4 percent, respectively, from the previous year.

The offshore wind power generation capacity in 2021 was 31 times that of 2015. Steady progress was made in R&D and demonstration of technologies for the development and utilization of tidal current and wave energy in 2021, with strong momentum in clean marine energy development.

The per capita consumption of seawater products reached 24 kilograms for the first time, providing residents with abundant high-quality protein.

The coastal tourism market has gradually recovered with strong intention of travel along the ocean, making coastal cities hot spots for leisure and short-distance tourism.