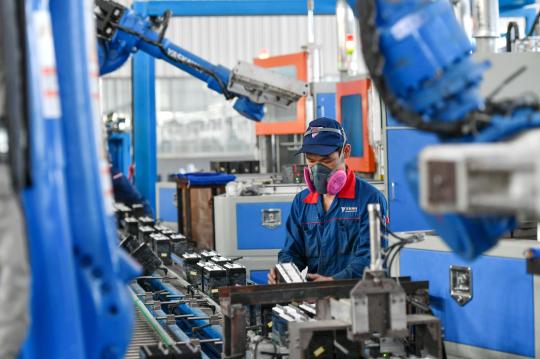 Carmakers and battery producers are accelerating their investment in battery plants around the globe as the automotive industry becomes increasingly electrified.

Europe and the United States are ramping up their efforts, but China still has more projects and investment in the segment, according to a report by Fitch Solutions.

Globally, in the third quarter this year, there were at least 34 manufacturing projects for electric car batteries and related components and materials, with their combined investment reaching $36.3 billion.

This is 12 more projects than in the second quarter, whose combined investment stood at $11.9 billion.

Fitch Solutions said geographically, there was a reversal of the trend it saw in the second quarter when investment moved away from Asia to Western Europe and North America.

In the third quarter, projects in Asia accounted for 56.4 percent of the total global investment value, and over half of the Asian projects were in China.

Some of the biggest projects in China include a $3.4 billion plant for domestic battery maker Svolt.

The plant, expected to be completed by 2025 in Chengdu, Sichuan province, will have an annual battery capacity of 60 gigawatt-hours.

China Lithium Battery Technology is spending $3.8 billion in Hefei, Anhui province, to build a plant that can produce 50 GWh a year. It did not give a date when the plant will be ready for production.

International companies are stepping up their own construction in China. South Korea's SK Innovation announced a $1.06 billion project in September.

Construction on the project in Yancheng, Jiangsu province, will be finished in 2023, and will have an annual production capacity of 22 GWh.

" (This) suggests that despite efforts by companies in other regions to reduce their reliance on China, it will continue to be a major player in the battery industry," said Fitch Solutions.

China is the largest market for electric cars and plug-in hybrids. The China Association of Automobile Manufacturers estimates that sales this year could reach 3 million units, up 119 percent from 2020.

Electrification is picking up speed in other parts of the world as well. In the first three quarters this year, there were 83 electrification-related projects worldwide, more than double the number in the whole of 2020.

The combined value of the 83 projects is $74.4 billion, an increase from the $21 billion recorded in 2020, reflecting the accelerated development of the battery supply chain throughout 2021.

Asia accounted for almost half of all investment value in the first three quarters this year.

Outside of Asia, North America had the biggest share of investment in both the third quarter and the past three quarters, accounting for 31.4 percent and 25.2 percent respectively, as the region continues to develop its domestic supply chain.

The Biden administration announced an executive order in August aimed at making half of all new vehicles sold in 2030 electric.

US carmakers GM, Ford and Chrysler parent Stellantis said in a joint statement they aspire for electric vehicles to account for 40-50 percent of total annual sales by 2030.