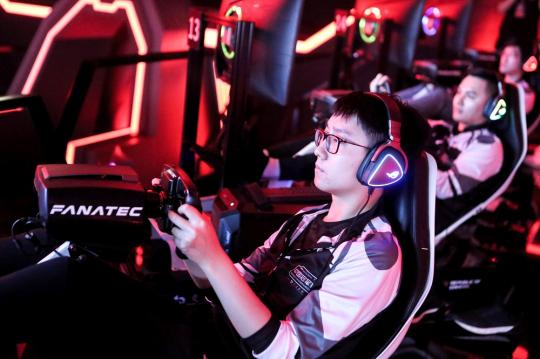 With traditional sporting events sidelined due to COVID-19, the number of people playing and watching video games has increased dramatically as people sheltered at home earlier this year.

Twitch, the leading streaming platform for gaming, recorded 5 billion hours watched in the second quarter of this year, a 62 percent increase from the first quarter and an 83 percent year-over-year increase, according to a report by Streamlabs and Stream Hatchet.

The trend is echoed in a recent report by the Game Publishing Committee (GPC) of the China Audio-Video and Digital Publishing Association. Due to the pandemic, the actual sales revenue of the Chinese game market reached 139 billion yuan ($20 billion) in the first half of this year, an increase of more than 20 percent over the same period last year, according to the report.

The GPC report also found that esports are the driving force in game market growth, with 480 million of the nearly 660 million gamers in China being esports enthusiasts during the period.

"Esports is about self-transcendence and certainly plays a key role among Generation Z," said Joe Fang, managing director of Universal Music Publishing Group (UMPG) China. His company is partnering with Riot Games to create songs for the Chinese esports community.

Through a songwriting camp under the theme "esport spirit", six songs will be produced to promote the League of Legends World Championship, one of the biggest esports tournaments in the world, which will be held in Shanghai's Pudong Football Stadium later this month.

"China has abundance to offer in music and many other industries," said Fang, adding that the collaboration with Riot Games, the publisher of League of Legends, is just the beginning of UMPG's efforts to tap into China's esports market.

Luxury car brand Rolls-Royce has recently collaborated with Tencent Games to allow players the option to download a Rolls-Royce Dawn in QQ Speed, a popular racing game in China. Another virtual car, an imaginary model called "2035 edition Rolls-Royce QEX" is also available in the game.

Tesla also partnered with Tencent to offer players the chance to buy a Tesla "skin" for their avatar's vehicles in the first-person-shooter mobile game Peacekeeper Elite.

BMW has struck sponsorship deals with the Chinese esports organization FunPlus Phoenix and other similar organizations worldwide to expand the German carmaker's presence in esports.

"In the long term, esports will be our biggest footprint," Stefan Ponikva, head of BMW Brand Experience Shows &Events, told Forbes. "The younger generation, being born digital first, doesn't really care about TV or traditional advertising. Esports is our tool to reach them."

Esports have been around for more than a decade and have rapidly become more popular and lucrative, partly thanks to the growing popularity of being able to watch gamers playing live on YouTube and Twitch.

The global esports market is projected to generate revenues of $1 billion in 2020, and $1.6 billion in 2023, according to the Global Esports Market Report by Newzoo, a game and esports analytics and market research company.

Newzoo estimated that Chinese esports fans account for 30 percent of the global total, which makes China the largest concentration of esports fans.

China is well ahead of the US in esports: China has built stadiums for esports, and local governments are investing heavily in the industry, said Walter Wang, head of operations at TSM, a Los Angeles-based esports organization.

For example, Shanghai announced plans to become "the international capital of Esports" years ago. The municipal government plans to invest in fast broadband infrastructure, esports stadiums and even "esports industrial parks" as incubators for game developers and esports teams.

In late 2019, the government of Beijing revealed its plan to become the "international capital of online games" and build a world-leading research and development center for high-quality games by 2025.

Hainan province issued preferential policies for esports in 2019, such as tax cuts for companies and a visa-free regime to facilitate international esports players' participation in competitions in China.

In China, esports have been recognized as a profession with colleges offering programs and degrees, according to Wang.

"(In China) being a master player or a challenger player in League of Legends or Honor of Kings (a popular mobile game) is cooler than high school quarterback," he said.