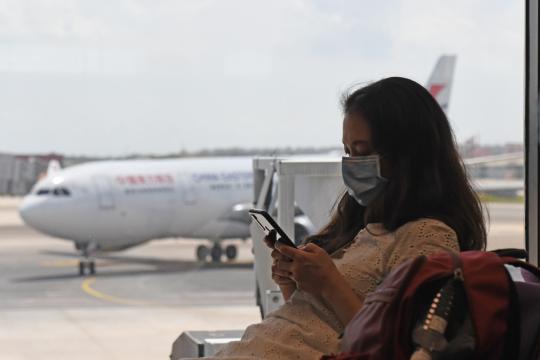 Liang Nan, director of international affairs under the Civil Aviation Administration of China, said on Wednesday that though China has seen a decrease in flights and temporary bans to and from some countries, the country's international air transport system remains stable.

Currently, a total of 77 domestic and overseas airlines continue to operate 710 international routes between China and 46 countries and regions handling 2,610 passenger and cargo flights per week, she said at an online news conference.

Liang also noted the administration will stay in close contact with countries that imposed bans or restrictions on travel to and from China and take measures to deal with problems faced by airlines during the epidemic to get previous flights resumed as soon as possible.

The civil aviation authority has also been stepping up charter flights to bring back Chinese travelers, who remained overseas as airlines cancelled flights due to the outbreak.

As of Feb. 9, the administration has sent nine charter flights to return 1,107 stranded Chinese citizens from Thailand, Malaysia, Japan, Vietnam, the Philippines, Singapore and Indonesia.