Demand for fresh homes may decline next year 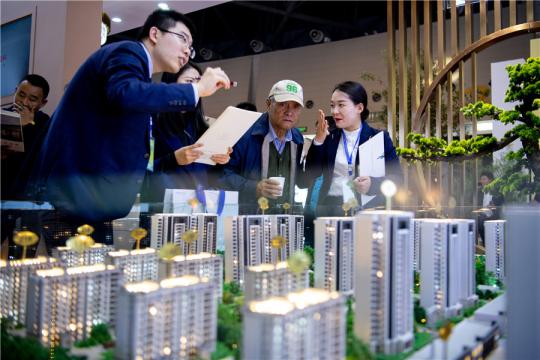 New housing demand is expected to wane in China during the first quarter of next year, as a growing cross-section of people are wary of further price hikes, according to a central bank survey.

Only 20.7 percent of the survey respondents were willing to make fresh home purchases during the next three months, the lowest level since 2017. It also came against the 21.5 percent demand seen during the third quarter of this year, said the report published by the People's Bank of China, the central bank, which tracks housing demand on a quarterly basis.

The survey covers 50 cities and 20,000 residents and most of the questions are about the participants' income level, employment situation, inflation expectations and willingness for consumption, deposits and investments.

The latest results showed that residents are now less interested in buying new houses. About 11 percent of the participants expect new home prices to decline in the first quarter of 2020, higher than the 9.8 percent seen in the third quarter of this year, the report said.

Policy makers have repeatedly stressed that, "housing is for living in and not for speculation". A similar stance was seen at the annual Central Economic Work Conference held earlier this month, when it was decided to keep the tone unchanged for next year. It also highlighted the need for "keeping property prices stable and rationalizing expectations".

A report from Nomura Securities said that growth in land sales by volume is expected to tumble further in the coming months, given the headwinds including the recent tightening in financing for property developers.

From an entrepreneurial perspective, indicated by a separate PBOC report released on Monday, 37.9 percent of the managers from 5,000 companies were of the view that China's macroeconomy remained "cool" in the fourth quarter, compared with 36.3 percent in the July-to-September period.

Policy makers have recognized that downside pressures on economic growth are increasing in China, influenced by the expected global economic slowdown next year and existing trade friction between China and the United States. Economists said this will lead to more rational and cautious consumption, investment behavior from Chinese people next year.

Instead of putting more money into property or other types of financial assets, a larger number of people are keen on increasing deposits, said the PBOC survey. About 45.7 percent of the respondents were keen to put more money in banks, up from 44.5 percent in the third quarter survey, the PBOC said.

According to the survey, about 27.5 percent of the participants planned to increase spending on healthcare in the first quarter of 2020, up from 25.8 percent a quarter ago. About 28.3 percent of the respondents plan to spend more on travel, down from 30.6 percent in the third quarter.

In face of the economic challenges, analysts expect the main policy objectives for next year to be on maintaining growth and stability. At the same time, economic rebalancing is making steady progress, with private consumption and services playing a much bigger role in the overall growth.