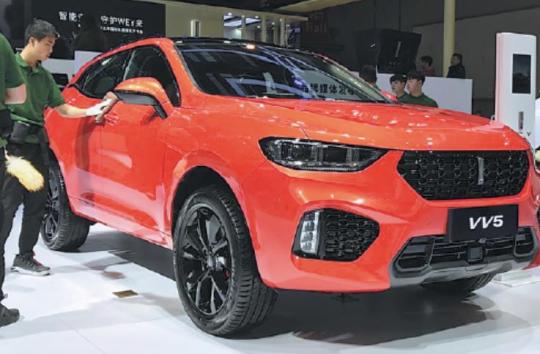 Officials at China's leading auto industry association are calling for local authorities to implement the central government's guidelines for boosting car consumption in the wake of vehicle sales in the country having fallen for 13 months in a row as of the end of July.

Overall vehicle sales in the world's biggest vehicle market stood at 1.8 million in July, falling 4.3 percent from the same month last year, according to the China Association of Automobile Manufacturers.

Total sales in the first seven months of this year totaled 14.13 million, down 11.4 percent year-on-year.

The association expects the fall to become less severe in coming months because of a lower comparable base figure from the second half of last year and because of the measures implemented to help with car consumption.

It estimated that China's vehicle sales would drop 5 percent this year from 2018 to 26.68 million vehicles. It has also trimmed its forecast for a rise in new energy vehicle sales to 1.5 million from a forecast of 1.6 million made at the start of the year.

"However, we haven't seen many local governments come up with specific measures to implement the guidelines," said Xu Haidong, a deputy secretary-general of the CAAM, when the association released the latest sales figures last week.

The central government has since January been trying to boost consumption of a wide range of goods including vehicles, asking local authorities to offer subsidies or other forms of assistance and more importantly ease restrictions on purchasing and using vehicles, especially new energy ones.